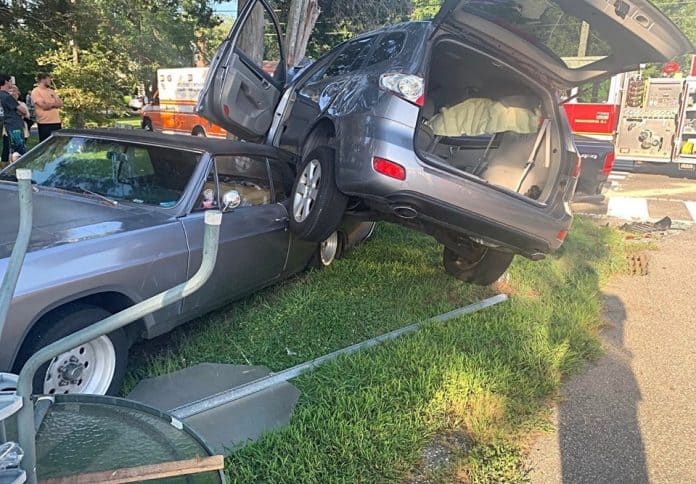 STAFFORD – A Shamong man is facing a number of charges including DWI after he slammed his pickup truck into a car in Stafford Township.

Police said the crash happened on Saturday, August 24 shortly after 5:30 p.m. at the intersection of Stafford Avenue and Parker Street.

24-year-old Riley Harris was traveling west on Stafford Avenue in a pickup truck. Police said he drove through the stop sign and blinking traffic light at the intersection of Parker Street striking an SUV driven by 58-year-old Susan Laprete of Stafford Township.

Laprete suffered numerous injuries. She was removed from her vehicle and later flown out to Atlantic City Trauma Center. She was treated and later released. Harris was treated on scene for minor injuries and refused medical attention.

Harris was placed under arrest for DWI, and transported to the Southern Ocean Medical Center for a blood draw.

According to police, toxicology results are pending, but he was issued several traffic summonses, including Careless Driving, Failure to Stop and Use of a Cell Phone.

This investigation is being handled by Patrolman Wiatrowski and Sgt. Costello.

The Stafford Township Fire Company and EMS, and the Ocean County Prosecutor’s Office assisted at the scene.