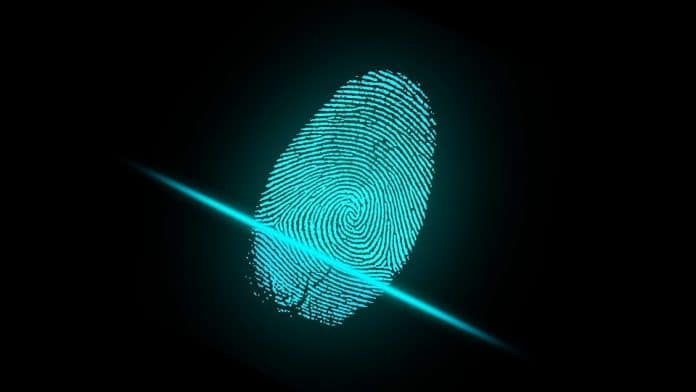 TRENTON – Social media. Political rhetoric. People not interacting with others who are different. All of these factors are creating a rise in bias crimes throughout the state, officials said, and half of the offenders were children.

“We need to do a better job of confronting hate in young people,” Attorney General Gurbir S. Grewal said. The number of bias incidents last year – 569 – was the highest reported since 2011. There were 549 reported in 2017.

A new study by the New Jersey State Police and Division on Civil Rights noted an increase in bias crimes since 2016. To discuss this, the media was invited to a conference call with Grewal, Zakiya Smith Ellis, Secretary of Higher Education, Kelly LeDet, Assistant Commissioner, Department of Education, Col. Patrick Callahan, Superintendent of State Police, Jared Maples, Director of Homeland Security and Preparedness, and Rachel Wainer Apter, Director of the Division on Civil Rights.

A bias offense was, for example, a violent crime, robbery/theft, desecration of sacred objects, harassment and threats.

The officials saw these crimes as a foreshadowing of what is to come, especially if this upward trend continues.

The most common bias crimes were on the basis of race or ethnicity. There were 307 in 2018, for example. In a majority of these, the victims were black. In previous years, Hispanics were the most targeted.

Also in 2018, there were 199 incidents based on religion (the most common victim were Jews), 59 based on gender or sexual orientation, and four based on disability.

In 2018, half of the offenders were minors. In previous years, it was closer to a third. A quarter of all incidents took place at colleges.

For the first time ever, authorities had to include a new demographic: bias incidents in elementary and secondary schools. There were 36 recorded. In 2017, there were four offenders younger than 10, and three victims younger than 10.

“Schools are a microcosm of our society,” said LeDet, Assistant Commissioner of the Department of Education. This is why schools have to provide a more positive environment.

The statistics for the state match those reported nationwide by the Federal Bureau of Investigation, the report stated.

The report was unable to pinpoint the cause to the increases in bias incidents. One suggestion is that authorities are getting better at reporting them.

Bias attacks are likely underreported, Grewal said. When people are targeted, they either don’t bother reporting because they don’t think they’ll be taken seriously, or they don’t feel safe coming to police.

That could explain why previous years are lower. However, he said if this is true, and people are still not reporting incidents, then the numbers in 2017 and 2018 would be even higher.

Another theory is that prejudice and hate are normalized online. One study noted that when Russian companies buying Facebook ads inciting racial disharmony, bias attacks increased. The report read:

“Scholars and experts have suggested several factors they believe are connected to the rise in bias incidents: social media, political rhetoric, and the rise in the number of hate groups. As for social media, psychologists have found that people, including perpetrators of hate crimes, tend to conform to perceived social norms and act in ways that they believe will be socially acceptable. However, instead of looking to their real-world communities for social cues, people are increasingly seeking affirmation of their personal beliefs through technology, especially on social media. But social media posts do not accurately reflect the full spectrum of societal views. As just one example, Facebook uses an algorithm to determine what kind of content most engages users and then proliferates that content. Studies suggest that “[p]osts that tap into negative, primal emotions like anger or fear” perform best in user engagement, and thus are proliferated by the Facebook algorithm. Facebook’s algorithm can thus elevate “superposters” with exaggerated worldviews, including when it comes to hate and bias.”

Politics are also to blame, according to the state study:

“As to political forces, hate crimes may be more likely during times of political and social change. And research suggests that extreme political rhetoric, which tends to be amplified during times of political and social change and polarization, may contribute to an increase in hate crimes. For example, another study by the Center for the Study of Hate and Extremism compared President George W. Bush’s speech six days after the September 11th attacks declaring that “Islam is peace,” with then-candidate Donald Trump’s call for a Muslim ban five days after the San Bernardino attack in 2015.27 The study found that “anti-Muslim hate crimes dropped dramatically across the country” after President Bush’s statements of tolerance, as compared to the spike in hate crimes immediately following September 11th, while such crimes increased from eight incidents nationwide in the five-day period immediately following the San Bernardino attack to fifteen incidents, including multiple assaults and two fire-bombings, in the five-day period following then-candidate Trump’s Muslim ban proposal. The study also noted a moderate weekly rise in Google hate searches following that proposed ban.”

Every community leader must push for equality, because too many politicians are targeting groups of people, said Apter, Director of the Division on Civil Rights.

During the conference call, a reporter from New York Public Radio asked about two public leaders whose comments attacked certain groups. One was in Sussex County. The other was Dan Leonard, the Beachwood representative on the Toms River Board of Education who has been accused of spreading hate online.

LeDet said that the state can’t force him to resign but otherwise would not comment.

The report delves into a number of ways to address bias crimes, although there is likely no way to prevent them entirely.

Law enforcement must prosecute bias crimes and the crimes must be easier to report.

Religious and community leaders must provide ways for their followers to meet others who are different from them. Parents and teachers must instill respect for others.

Lt. Governor Sheila Oliver issued an Executive Order establishing an Interagency Task Force to Combat Youth Bias. This group will have representatives from eight state agencies and be chaired by Apter. They will provide recommendations to the governor and attorney general.

A Youth Bias Task Force will study the roots of hate, evaluate how it is being handled now, and make changes as necessary.