BRICK – Mayor John G. Ducey announced that he is seeking a third mayoral term along with council members Marianna Pontoriero, Heather deJong, and newcomer Derrick Ambrosino, who is vying for Paul Mummolo’s seat.

The Democratic slate is a rarity in the mostly-Republican Ocean County. Ducey won over 66 percent of the vote in the 2017 election against Republican Ruthanne Scaturro, a former councilwoman.

“My primary goal as mayor is to keep property taxes stable while also providing a high level of services to our Brick residents,” he said.

As a moderate Democrat, Ducey has opposed Governor Phil Murphy on a number of issues, most notably Murphy’s stance on sanctuary cities, while at the same time working with the governor to obtain funding for local infrastructure projects in Brick.

Councilman Mummolo decided not to seek a third term, despite having “the utmost respect” for Mayor Ducey and the council.

“In 2013, I was not happy with the direction the town was going,” he wrote in an email. “I felt…we needed to control spending and improve township services. I feel I’ve accomplished what I set out to do.”

New Jersey has no laws at the local level that prevent people from holding office for decades. 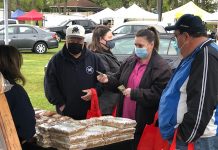 Hole In One Scored By Two Brothers 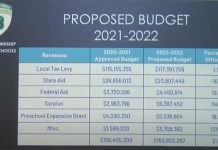