PATERSON – Three Paterson residents could be facing life in prison after being charged for their roles in a sex trafficking conspiracy, announced US Attorney Craig Carpenito and Assistant Attorney General Eric Dreiband of the Justice Department’s Civil Rights Division.

Jean Noriega, 48, Enna Gonzalez, 53, and John Oyola, 32, were each charged in a criminal complaint with one count of conspiracy to commit sex trafficking.

According to documents filed in this case and statements made in court, Noriega, Gonzalez, and Oyola conspired to coerce multiple women to engage in commercial sex in New Jersey and New York.

Noriega allegedly used violence, threats of violence, threats of drug withdrawal, and other means, to coerce the victims, continuing to do so even after his incarceration in New York in 2017. Oyola and Gonzalez helped Noriega control the victims, collect the proceeds, and otherwise carry out his sex trafficking activities while he was incarcerated.

Noriega made a first appearance in Syracuse federal court on August 8. Noriega is currently incarcerated in New York on a previous conviction.

Oyola made his first appearance August 7 in Newark federal court.

Gonzalez made his appearance on August 5.

The count of conspiracy to commit sex trafficking carries a maximum penalty of life in prison, a $250,000 fine, and mandatory restitution. 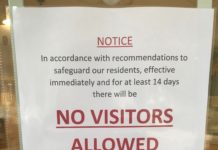