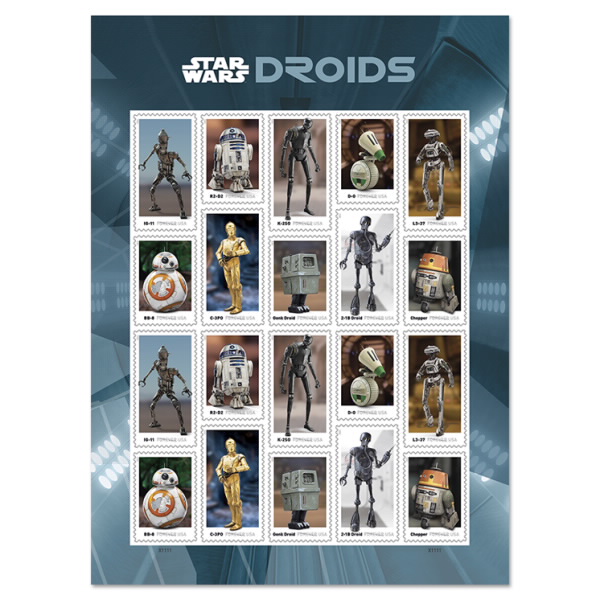 NEW JERSEY – May the Fourth Be With You when new Star Wars Droids stamps are released to celebrate science, technology, engineering and math (STEM) education.

The stamps will be released on May 4. As technology plays a prominent role in the “Star Wars” franchise most notably with the droids.

“Star Wars” droids – the beloved mechanical characters from a galaxy far, far away – are adored worldwide for their relatable, funny, quirky and sometimes emotional personalities. And they have entertained and inspired fans for more than four decades.

The U.S. Postal Service will recognize the loveable machines from the “Star Wars” galaxy with 10 new character-inspired Forever stamps.

These droids are a nod to the commitment of Lucasfilm and its parent company, Walt Disney, to STEM learning and the continued collaboration between the “Star Wars: Force for Change” philanthropic initiative and global pre-K-12 nonprofit organization FIRST (For Inspiration and Recognition of Science and Technology).

The two groups are working together to expand access to STEM learning to inspire more young people around the world, and to help them envision a brighter, more inclusive future.

The talents of Greg Breeding who was the designer of the stamps and William Gicker the art director were used to create the new stamps.

A virtual dedication ceremony will be posted on the Postal Service’s Facebook and Twitter pages. You can visit usps.com/starwarsdroidsstamps for details. A pictorial postmark of the designated first-day-of-issue city, Nicasio, CA, will be available at usps.com/shopstamps.

Lucasfilm, the studio that created the “Star Wars” franchise, is celebrating its 50th anniversary this year. The “Star Wars” droids-inspired stamps are being issued as Forever stamps, which will always be equal in value to the current First-Class Mail 1-ounce price.

Customers may purchase stamps and other philatelic products through the Postal Store at usps.com/shopstamps, by calling 800-STAMP24 800-782-6724, by mail through USA Philatelic, or at Post Office locations nationwide.

The Postal Service receives no tax dollars for operating expenses and relies on the sale of postage, products and services to fund its operations. 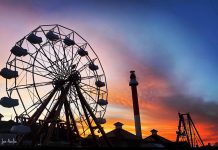