The 175th reorganization meeting, the 13th for the current mayor and council form of government, was held a day after New Year’s Day. The meeting was well attended as family and friends gathered in the council chambers.

Father John Bambrick of St. Aloysius Church presented the benediction prior to the first oath of office administered during the evening.

Mayor Reina was surrounded by his family as he took his latest four-year term as mayor having marked a decade of service in that role.

“I’d like to extend a thank you to those who supported us. It is very humbling,” Reina said. “We spend a lot of time outside of our homes but that is what we signed up for. We have to move forward and we are open to criticism because that is how we learn. The new year will bring us new challenges.”

Those challenges include hiring a new business administrator. Helene Schnegel, who served in that role, retired late in 2018 and the township is seeking to hire her replacement. The township is also looking at the hiring of a public safety director to assist the police chief with certain administrative duties.

Reina’s ticket for re-election included two council candidates, Andrew Kern and Alexander Sauickie III. Both were sworn in during the meeting surrounded by their families as Kisty administered the oath of office.

Kisty, the former, deputy clerk, assumed her new role during the council’s Dec. 18 meeting replacing retiring Township Clerk Ann Marie Eden. She previously served as the township’s planning board secretary. Kisty said that Eden was “the best teacher ever.”

The meeting was largely ceremonial but it set a tone for change. There was new leadership in the roles of council president and council vice president.

“We have a good turnout here tonight and we have new blood coming in,” Bressi said. “I’m looking forward to it as I pass the torch to Rob. We will continue to look at improving the quality of life in Jackson. We get a lot of work done by working together.”

Kern thanked his family for their understanding during his time campaigning last fall and thanked Reina for his service and noted his high vote count served as an endorsement of the direction the town was going in.

“I will work diligently in this role,” Kern said. He thanked Bressi for his leadership during the campaign and his running mate. Kern also thanked Reina for his work as mayor “since 2009 and his strong fiscal management. Jackson is a good place to raise a family and retire.”

Kern also spoke about the various community organizations that Jackson hosts and urged volunteers from the community to join those groups.

“How do I follow that?” Sauickie joked when it was his turn to speak.

“I want to thank all the residents who put their faith in me. Andy is my buddy. I’m here for Jackson and I’m here for life. I have no political aspirations beyond this room,” Sauickie said.

Calogero also thanked the mayor “on his outstanding victory and I am looking forward to working with you and our two new council members to make Jackson a great place to live. I’d also like to thank Ken Bressi for his work.”

Nixon thanked the family members present during the respective oaths of office. “They (family members) support all of us. We put in some late nights out of the house. This is a call of service,” Nixon said.

Nixon added that “we do this for the 56,000 people here. We were elected to stand up and be their voices. The mayor’s victory of that enormity was a request by them to move forward and steer the town in the right direction.”

As to the council’s newest members, Nixon said he had predicted their eventual placement on the dais years ago when seeing them on the planning board. He advised them to always be prepared. 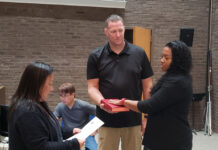 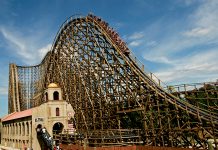 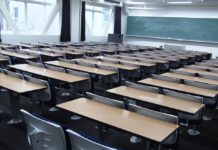