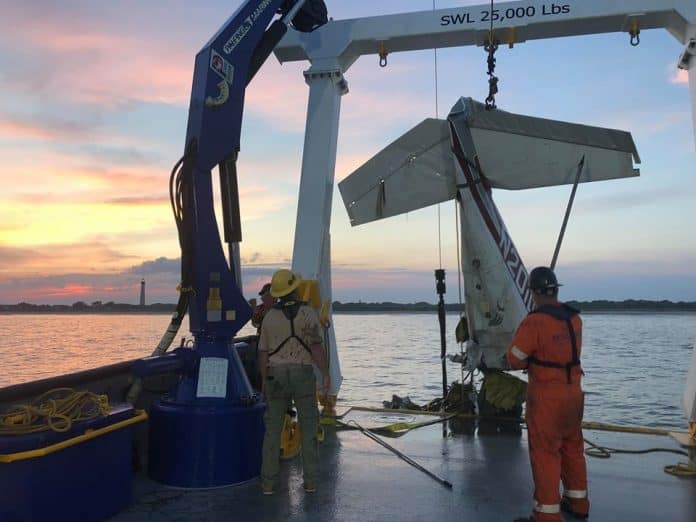 CAPE MAY – The wreckage of that single engine plane which crashed off the coast of Cape May earlier this week has been recovered, along with the body of the pilot.

The tragic discovery was made by Sea Tow of Cape May, the private company tasked with locating the aircraft. Officials from the organization announced the news on their Facebook page Saturday morning.

According to a representative of Sea Tow, 58-year-old Lawrence Klimek of Howell Township was found still strapped in the seat at the controls. The New Jersey State Police confirm he was the only person on board the Mooney M20J.

The plane took off from the Trenton-Robbinsville Airport at 8 a.m. on Wednesday and crashed near the Cape May Lighthouse around 11:20 a.m., according to the FAA. They are part of the probe to determine what caused the crash.

The National Transportation Safety Board is also involved in the investigation.

Governor: Everyone Stay Off Roads, Report Any Power Outages

One Dead, One Injured In Freehold Shooting