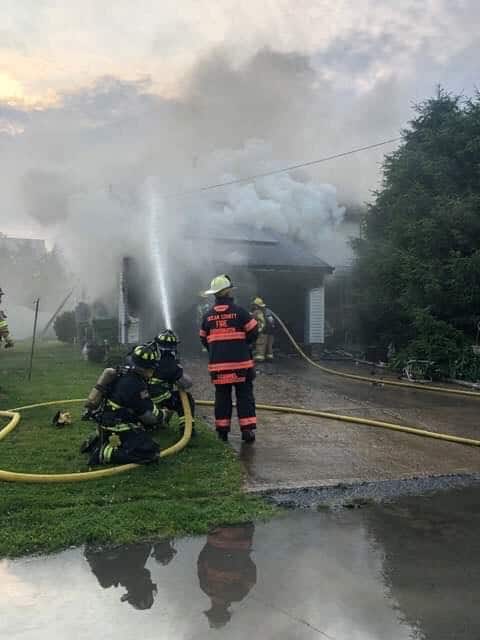 PINE BEACH – Several local fire departments responded to a home in the borough Saturday evening after a fire broke out in a house garage.

The Pine Beach Volunteer Fire Department confirmed the blaze began inside the garage of a house on Tudor Avenue. It started a little before 6 p.m. and was under control by 7:30 p.m.

According to authorities at the scene, explosions occurred within the structure and caused electrical damage.

No injuries were reported and it’s not known if the residents were home at the time of the blaze.

On Facebook, the Pine Beach Volunteer Fire Department thanked Beachwood Emergency Medical Services for providing rehabilitation services to the units on scene. Also, they thanked the owners and staff of The New Frankie’s Pizza who donated food and beverages to the first responders.

The cause is unknown at this point but a full investigation is under way.