BRICK – A newly formed street crimes unit confiscated more than $100,000 worth of drugs removing them off the street.

This new unit operates under the direction of Detective Captain David Forrester of the Investigation Division and has been coordinating multiple arrests for a wide range of offenses ranging from vehicle burglaries to drug crimes.

On December 4, the SCU investigated suspicious activity witnessed in the Walmart parking lot on Rt. 88 where Thomas Ryan, 60, Brick and Kyle Jakubowski, 22 of Point Pleasant were observed exchanging a package and then separating.

SCU members watched Ryan as he left the vicinity while others trailed Jakubowski joined by an Ocean County Sheriff’s Office K-9 unit which led to a search Jakubowski’s vehicle and a warrant to search Ryan’s home where 627 THC vape cartridges, four pounds of marijuana, nine pounds of THC candy and 14 ounces of psilocybin mushrooms and more than $127,000 in cash were seized.

These discoveries resulted in the seizure of Ryan’s vehicle and evidence of a storage unit.

Ryan was charged with multiple accounts of possession of a controlled dangerous substance (CDS) and manufacturing/dispensing of CDS. He was also charged with the maintaining/operating a CDS production facility and possessing property derived from criminal activity. He was lodged in Ocean County Jail.

Jakubowski was charged with Possession of a CDS, manufacturing/distributing a CDS and possession of paraphernalia. He was released on a summons.

On December 5, the court ordered search warrants for Ryan’s vehicle and a storage unit owned by both he and Jakubowski which led to the discovery of an additional (approximate) pound of marijuana.hundreds of THC vape cartridges and manufacturing and packaging material related to the THC cartridges, suboxone and suspected methamphetamines, suspected MDMA (ecstasy).

Jakubowski was again arrested and charged with the additional counts of possession of a CDS and manufacturing/distributing of CDS and lodged in the Ocean County Jail. 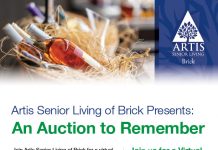