On Tuesday, December 18th, Jersey Shore Online reported on the lawsuit facing several Berkeley officials including Mayor Carmen Amato. Here is a response from the township:

When questioned about the lawsuit by Pat Miller on 12/17, I was satisfied with, and stand by my statements saying the allegations were false, that we will defend the lawsuit vigorously and that we may countersue. However, having read (the) article and knowing that so many Berkeley Township residents, property owners and employees, many of whom may be Jewish, will have read the outrageous and completely unsubstantiated allegations, I feel compelled to respond further.

The allegations made in Ms. Reuter’s lawsuit were clearly fabricated in a desperate attempt to impugn the character of the mayor and some township employees. Ms. Reuter’s real motive for filing this outrageous and false suit will certainly come to light as this case gets litigated. It is clear that Ms. Reuter hopes to put the township in a position to settle. I can tell you that the result has been the exact opposite. I am embarrassed to have anyone read her lies, and want to apologize to anyone who is Jewish, including the friends and close relatives of those wrongly accused. However, the township categorically denies any and all allegations of discrimination in any way, shape or form by any township officials. The Township of Berkeley has policies and procedures in place that ensure against all discriminations and further, the township will vigorously defend against any frivolous lawsuits and institute actions to recoup any expenses incurred to the township for same.

I realize we cannot try this case in the press, but I do want to give one example of just how untruthful and frivolous these allegations are. She alleges that I took away the discount she received for a Berkeley Township preschool program while continuing to give that discount to other non-Jewish employees. The truth is this: Ms. Reuter gave herself and at least one other Recreation employee a discount which was never authorized by Berkeley Township. She did this while continuing to charge Berkeley Township residents and tax payers full price for the program. When I became aware of the fact that select individuals were getting an unauthorized discount, at the expense of Berkeley Township taxpayers, I immediately ended it for everyone.

In closing, I must say that I have worked with Mayor Amato for over three years here in Berkeley Township and have dealt with him in public and private situations in the prior 10 years and have never heard him utter an ill word about anyone’s ethnicity, religion, color, creed or any other private, personal choice. In fact, when this outrageous and frivolous lawsuit first broke, our offices received dozens upon dozens of communications from residents in support of Mayor Amato’s character and to let us know how upset they were at these ridiculous and unsubstantiated charges. Mayor Amato has dedicated his entire adult life to community service here in Berkeley Township. From a volunteer coach in Little League and Pop Warner to his service as member of the Knights of Columbus and many other charitable and civic organizations. He also served on the school board and Berkeley Township Council prior to being mayor. The citizens know Mayor Amato’s character and I am impressed at the outpouring of support he has received. Mayor Amato, the other wrongly accused employees and I adamantly deny every outrageous allegation made in this ridiculous lawsuit. 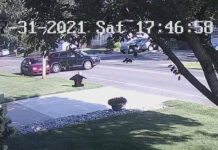