“The mission of a local newspaper should be to promote the highest ideals of community life,” by publishing “accurate, comprehensive news and lively commentary” so that “our readers are encouraged to feel the fulfillment of participating in all aspects of their community.” – Micromedia Mission Statement

LAKEHURST – What do you get when you take a former copy machine salesman, partner him up with a graphic designer and arm them both with a vision to give something of great importance to the local community? You get Micromedia Publications of course, which today, April 18th, 2018, marks 23 years in business.

The year was 1995 when Stewart Swann combined strengths with his niece Robyn Weber (now Friedrich) to create The Manchester Times. The operation began in the basement of Swann’s house in Pine Lake Park.

“I was looking for a midlife change. Robyn approached me at a holiday party. She had the skills with layout and I had always been in sales. I had always written as an avocation, so I thought it would be a good marriage of talents,” Swann said. “I also recognized there was a void to be filled with regard to good local newspapers.”

The first edition was envisioned as being guided by core American ideals – community, leadership, honesty and intellectual freedom. Also, it was important to remain fair and balanced to both sides of the political aisle – something that still holds true to this day.

Swann would sell advertising, write news stories and keep the books while Friedrich would aid in sales and put together the entire paper from cover to cover with graphics and layout.

Eventually, the paper became a hit, they moved to Downtown Lakehurst and were able to bring on a staff. Laura Hoban was hired as the distribution manager and is still with the company to this day.

Success came for the company. A year after The Manchester Times was launched, Micromedia created The Berkeley Times. More staff joined the company.

Micromedia Publications, Inc., had found its niche and everyone was looking for the papers.

Then, as now, Swann tried to focus on what could be accomplished rather than what would hold his company back. He did so by adopting his sales philosophies to the unique world of newspaper publishing. 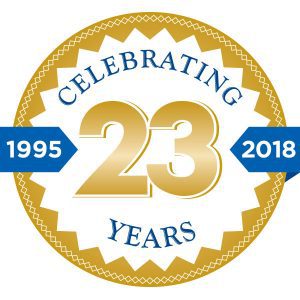 “My philosophy in sales has always been that people buy things for their own reasons, not your reasons. It doesn’t matter if it’s copiers or advertising or widgets,” Swann said. “You give people value for their dollars, which is what I believe we do.”

Fast forward 23 years – Micromedia now has seven weekly newspapers that cover all of Ocean County and a small section of Monmouth.

In June of 2017, the company launched JerseyShoreOnline.com, a hyper local news website which allows the readers to get news on every device – whether it’s a desktop, smartphone, tablet, laptop – and the material can be updated daily – not just weekly. The company continues to thrive as a source for news in the area and the organization has a great relationship with the communities we serve – both with officials and readers.