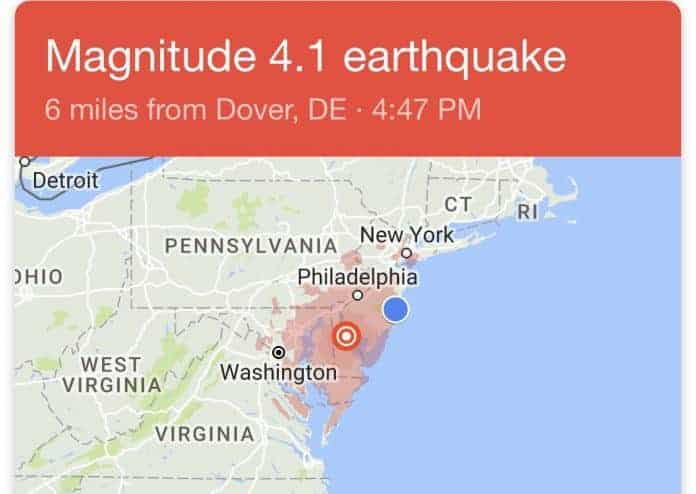 NEW JERSEY – Did you feel the Earth…move…under your feet today? If you answered yes, you’re not alone – and with good reason! New Jersey experienced the rumblings of a moderate earthquake.

The quake struck 8 miles east northeast of Dover, Delaware but many felt shaking as far north as New York City and as far south as Baltimore, Maryland. It hit around 4:47 p.m. just as many were getting ready to leave work for the night.

There was widespread confusion for about two hours over the exact Richter scale measurement with multiple news outlets saying it ranged from a 4 all the way up to 5.1.

The United States Geological Survey finally confirmed the real magnitude as a 4.1, which for the east coast, is relatively high.

The last significant earthquake felt in New Jersey happened in Virginia back in 2011.

According to several local and national media outlets, the quake today did no damage and no one was reported injured.

Social media was abuzz even before the official word from scientists.