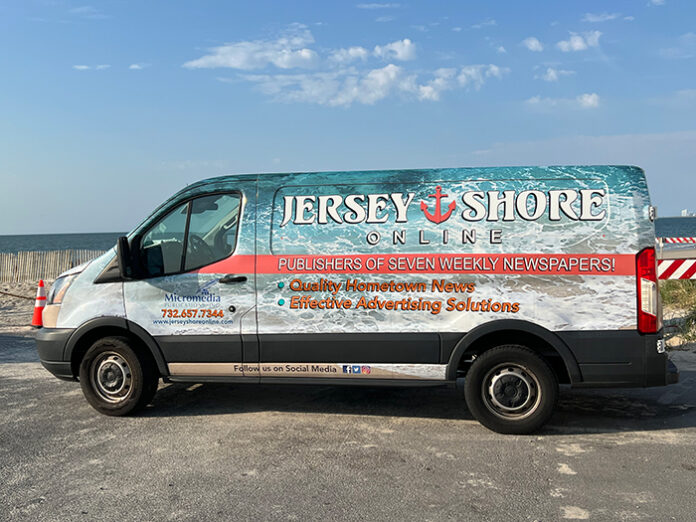 Let us power up our time machine and head back to April, 1995.

The world was glued to the O.J. Simpson trial. “Bad Boys” with Will Smith – pre-Oscar slap – topped the box office. Gas for the car averaged 90 cents a gallon. The internet was slow as molasses. Cell phones weighed a ton, not everyone had them yet and if you did, you could only make calls. No social media. No Google! If you were doing research, you had to go to a place called the library.

Some of you reading this may have been working, raising children, learning your ABCs or having your diapers changed – others may not have been a twinkle yet.

In the basement of a home in Pine Lake Park, former copy machine salesman Stew Swann and his Jane-of-all-trades niece Robyn Laird were making history – creating the first edition of The Manchester Times.

They were aided by Stew’s late wife Alice, who showed her unconditional love and support through the entire inception of Micromedia Publications – and let’s not forget Fluffy – the cat who kept a watchful eye on the process, while at the same time, terrorizing Robyn.

And now we’re going BACK TO THE FUTURE!

It’s 27 years later and Micromedia now has seven weekly newspapers, three hyperlocal news websites, thousands of readers, many loyal advertisers and the respect from the local government and communities we serve.

Our print newspapers are everywhere, we have over 100,000 social media followers, we’re on the Newsbreak app, Google News, Apple News, on radio spots and have a billboard in the Ocean County Mall.

Micromedia has an incredibly talented staff who are dedicated to the mission statement the company was founded on: the importance of community.

The commitment to the management, design, the fair and balanced journalism, the sales and distribution of our products has never been interrupted – even through a global crisis.

While other local media outlets continue to fold, Micromedia prevails as our company President Stew Swann puts his staff and products above profits. The company’s survival has always been his top priority and we hope to be here for another 27 years and beyond.