MANCHESTER – A driver blinded by the sunlight may have been what sent two people to local hospitals after a Route 70 crash near Manchester Blvd. on Sunday, October 22.

When Manchester Police officers arrived at the scene around 2 p.m. they found two vehicles, a Kia Forte and Lincoln Navigator, at the intersection of Route 70 and Manchester Blvd. with significant front-end damage.

31-year-old Kimberly Krysiak of Toms River was driving the Kia and trying to make a left turn onto Manchester Blvd. from Route 70 West when she hit 65-year-old Marty Carfora of Whiting, who was driving the Lincoln on Route 70 East.

Although the crash is still being investigated by Sgt. Antonio Ellis and Ptl. Michael Anderson of Manchester Police Department’s Traffic Safety Unit, driver error and sun glare are suspected as contributing factors in the crash.

Krysiak was wearing her seatbelt at the time of the accident, but Carfora was not. Manchester Police remind drivers to buckle up before they drive, as wearing a seatbelt reduces the chance of being killed or seriously injured by half. 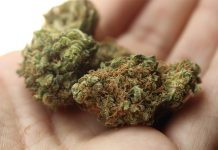