MANCHESTER – It’s quiet in the Surf & Stream campground now. The winter weather keeps most people inside, although there are still a lot of occupied spaces. The recreational vehicles are lined up on the streets, some overlooking the river trickling through the property. Some have decorations outside to suggest that the residents have been there for a while.

You can hear cars in the distance, since it’s located on Ridgeway Road, a busy highway with a lot of housing developments, schools, and strip malls.

Barry Bielat said he purchased the property about 10 years ago, seeing the investment potential. It has the benefits of being close to everything (like the Garden State Parkway) yet still retains its rural distinction.

“It’s a beautiful piece on the river,” he said. He has been considering some residential development or a mix of residential and commercial.

He is hiring a professional planner to see what can be built there. The river constrains how much development can be there, but it can also be used as a benefit. People like living on the water.

There are currently 200 spaces for RVs, he said. There are people who rent them for a 12-month basis, but usually leave for a month or two in the winter. He says there are no full-time residents who would be displaced by this.

“Everyone there has another residence,” he said.

At a recent Township Council meeting, the council approved the investigation of a redevelopment plan by the Planning Board for the property.

There are several conditions that would allow it to be a “redevelopment” project, a designation defined by the state, Councilman Samuel Fusaro said. If the project qualifies, there’s more flexibility in what can be done and the township has more control in the outcome. A redevelopment plan becomes a contract between the town, the owner of the property, and any other relevant parties, if there are any.

The property has been a campground for decades, and have always been a good neighbor, he said. The new owner reached out to the township stating they wanted to make a change, and the goal is to find something that everyone can agree on and that will bring value to Manchester. 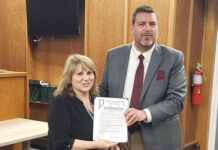