MANCHESTER – A 30-page ordinance adopted by council with the approval of the planning board outlines changes to the township’s land use and development code. The changes seek to improve the possibility of commercial development while balancing residential needs in a township that’s almost completely developed.

“Residents should understand that this is a regularly occurring ‑‑ every couple years – action to reshape the town as different areas develop or change based on other development, traffic and other concerns,” council vice president Samuel Fusaro said.

The changes range from the rezoning of areas to the allowance for new heights for businesses.

Fusaro said “…[The changes] include various types of changes ranging in scope from completely rezoning certain areas in the town to increasing the height restriction in commercial districts to eliminating the ban on drive through windows at fast food establishments.”

There’s also the creation of a new R-20 zone along Route 571 and 70, which would allow homes on half-acre lots as opposed to one acre.

“For instance, families today are not looking to buy homes with large lots so the change from R-40 to R-20 (1 acre to half acre) homes will offer more choices for single family homes,” Fusaro said. “Also statistically, townhouses have a significantly lower number of school age children than single family homes so changing from a 50-acre lot requirement to a 10 acre minimum will provide for that type of residential dwellings.”

The ordinance makes numerous other changes, including creating new conditional use standards for religious use organizations, public and private schools, child day care and nurseries; eliminate the height restriction on hospitals and increase building heights in certain zones.

“For instance the increase in commercial business height restriction is to help offset DEP’s 30 percent impervious surface restriction, increasing business zone buffers addresses areas where commercial and residential areas touch each other, eliminating the retirement community area on Ridgeway Boulevard will prevent additional traffic on that road and Route 571 if another community of 500 to 1,000 homes were built across from River Point,” Fusaro said.

The councilman said many of the changes were a result of new standards or a focus on current township goals: “As situations change through the years, we try to adjust the Master plan and land use ordinances to best protect existing communities while at the same time trying to attach commercial businesses.”

The state requires that townships updated their master plans at least once a decade. Land use is just one component of the plan. The master plan is “a statement of objectives, principles, assumptions, policies and standards upon which the constituent proposals, for the physical, economic and social, development of the municipality are based,” according to NJ Department of Environmental Protection documents.

The land use element of the master plan must be in harmony with the other elements of the plan: housing, circulation, utilities, community facilities, recreation, conservation, economic, historic preservation, and recycling.

So how exactly will these changes benefit Manchester?

Fusaro said that’s hard to simplify. The changes were made to either eliminate or reduce unwanted development or businesses, and instead encourage “desirable development.”

The Manchester Times reached out to planning board chairman Bill Barron via email to comment on the ordinance. He did not respond by press time.

“Hopefully eliminating the ban on drive thru food facilities could help attract something like a Chic filet or other business,” Fusaro added. “Bottom-line is that nothing is guaranteed, but the changes are made in the hope of bringing in positive ratables, or eliminating undesirable ones. While Manchester is the ninth largest town in NJ, with over 80 square miles, there is actually very limited developable tracts of land within our borders. This ordnance should best position the town for the future.” 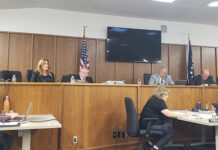 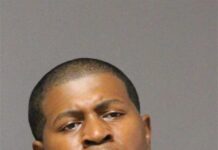