Township tax assessor Martin Lynch developed a reassessment plan that will cost $549,650, a plan the council approved to forward to the county tax board for consideration. Lynch estimated it would cost $1.62 million to outsource the reassessment.

Mayor Kenneth Palmer broke it down further, telling The Manchester Times that an outside company charges $70 per home, while the township can do the same work in-house for about $20 per home. There are about 17,000 housing units in town, and with other costs involved in the reassessment, Lynch came up with his figure.

There are a half dozen employees in the municipal tax assessor’s office. The township will hire one part-timer to assist in reassessments.

The county tax board ordered Manchester, along with several other municipalities, to perform the reassessment. This is done when the average assessments of homes are more than 15 percent off of what the market is going for. Manchester was given the choice to either perform a revaluation or a reassessment. The only difference is that a reassessment is done in-house and a revaluation is done by an outside company. The end goal is the same in both situations.

“What the true value of the housing market is and what we have on the books now is more out-of-balance than it should be,” Council President Craig Wallis said. “So the [tax board] ordered us to do it, and a few other towns, as we go through the years, they’ll be ordering more towns to do it.”

Palmer said the reassessment must be completed by November 2020.

The last reassessment was done in 2012, when housing values had fallen dramatically. The market has regained and stabilized, Wallis said.

Some residents will see an increase in their taxes, while others will see theirs decrease, and yet others remain around the same.

Once the reassessments begin, residents will be asked to allow an inspector in their home for a brief evaluation of the home. Palmer said inspectors—township employees—will be wearing ID and Manchester Township shirts, and driving township vehicles. It’s important to allow them into the home so they can make a fair assessment of the value. Otherwise, residents’ homes will be assessed at the highest value.

“You will know who is a Manchester Township employee,” Palmer said. “Don’t let anyone in your house who doesn’t have our insignia, our car.” 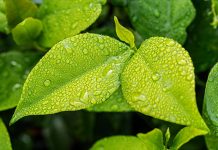