MANCHESTER – The township will finalize plans to purchase land for an eventual municipal complex expansion at its next council meeting.

The township plans to purchase the lot from Rockwoodpio, LLC, of Point Pleasant. It is a 1.24-acre parcel, according to public records. It had been purchased back in 1988 by Rockwoodpio.

“The property did receive planning board approvals in 1987 for a three-story, 18,000-foot professional office building that was obviously never built,” Manchester business administrator Donna Markulic said.

Many community buildings are on one stretch of Colonial Drive, including Town Hall, the Manchester branch of the Ocean County Library, and the First Aid building. This would be located across the street. It is on the side of the jughandle opposite from TD Bank.

“Both the police side and the municipal side of the municipal building are filled to capacity,” Markulic said. “We looked at going up with a third story but the building was not built to support the increased load. We have no more space on the grounds of the municipal complex to place additional buildings or offices.”

The township will purchase the lot for the assessed value of $135,000.

Mayor Kenneth Palmer told The Manchester Times there are no immediate plans to develop that land. However, as the township continues to grow, the need to expand town hall will only grow with it. Since they can no longer build up, they have to build out, he said.

It’s likely the Manchester Township Police Department will eventually call that address home, or at least house some of its operations there, although again, the mayor said there are no immediate plans for an expansion. 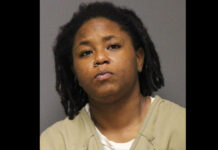