MANCHESTER – An ordinance was recently passed that reflects a settlement agreement with a developer who has expressed interest in the helping the township meet its fair share housing obligation.

The ordinance for the housing project on Route 571 – more specifically at 3500 and 3576 Ridgeway Road – sets aside 20 percent of the units to be for affordable housing. Of those 404 units, 60 percent will be garden apartments and 40 percent will be townhomes. There is no word yet of how many will be one, two or three bedrooms, or how many children might live there.

Council President Samuel Fusaro offered some background on the ordinance. It all drives from Manchester being in its third round Mount Laurel obligation with the Council on Affordable Housing, or COAH, which mandates that all townships in New Jersey have a constitutional obligation to provide their fair share of affordable housing.

This is by no means a unique scenario. Fusaro pointed out that Manchester is in the same boat as many other townships in the county and the state when it comes to affordable housing.

“The numbers were basically challenged by every township within the state,” he said.

Township Attorney Angela Koutsouris shared that back in 2014, COAH advised that Manchester be responsible for building 750 affordable units. The Fair Share Housing Center, a New Jersey nonprofit that defends housing rights, asked them to build an excess of 1,000 units. The New Jersey Superior Court eventually decided on 655 units, but after several meetings and negotiations, and a final Fairness Hearing on April 7, the township managed to settle on an ending number of 340 units.

“We had some meetings with other developers who I think saw the town’s situation as vulnerability and were trying to get more than the town was willing to give up,” said Koutsouris.

Some residents at the council meeting where the ordinance was introduced wondered why Manchester’s high volume of low-income senior developments did not go toward meeting its affordable housing quota. Koutsouris explained that the state mandates only 25 percent of a township’s affordable housing can be considered age-restricted.

Plan For The Land

By contrast, COAH offers double credits for housing projects that are 100 percent affordable, but that isn’t necessarily Manchester’s plan.

“This project is good because it’s not all affordable. The units will be mixed in throughout the project,” said Lynch.

He said the affordable projects are better maintained when they are mixed in with market rate units. The developer of this 404-unit project originally came in with a higher set aside number for affordable housing, but eventually came down to the number the township needed.

The goal, he said, is to “see projects built that have a 20 percent set aside – not a project that was going to build all affordable in one location.”

Now that the ordinance passed, Lynch said the developer needs to come before the township planning board, and that the township will be finalizing their affordable housing plan that was identified the settlement agreement, which this project is a part of. 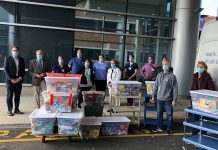 Donations Pour In For Hospital Staff 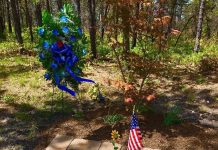 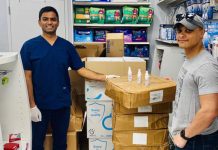 Local Pharmacy Does Community Outreach Like A Boss During Pandemic