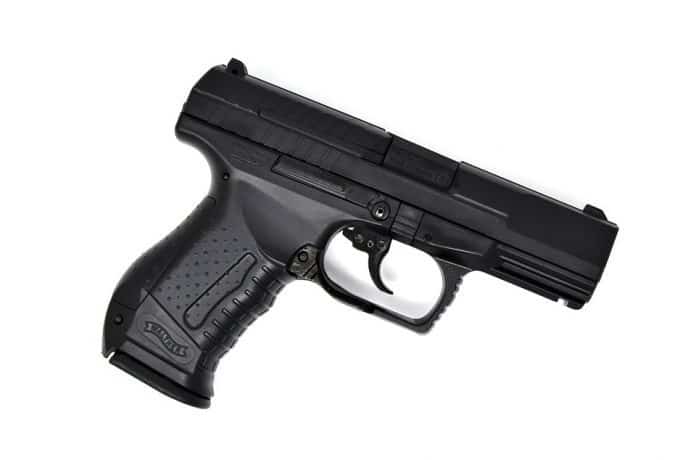 JACKSON – Police Chief Matthew Kunz fired back at complaints made by a firearms rights group concerning a department fingerprinting requirement for gun permit renewals in the township.

The requirement, which is no longer being enforced, called for added fingerprinting for those seeking to renew their firearm permits after a two-year period.

During a May 28 council meeting, Alex “Aljandro” Roubian, the president and managing editor of the New Jersey Second Amendment Society (NJ2AS) said the requirement was overly burdensome and added unfair time and cost to the permit renewal process.

On May 21, NJ2AS filed a formal complaint to Ocean County Prosecutor Bradley Billhimer and the New Jersey Attorney General’s office, requesting that they investigate the Township Police Department for violating state law and take action.

New Jersey law notes the process for obtaining a firearms identification card and handgun permit which includes consent to a mental health background check, two references and submitting fingerprints once.

NJ2AS maintains that the law includes clauses specifying that applicants “need not be fingerprinted again” and “no additional requirements” shall be imposed.

Kunz responded to the organization’s complaint and criticism toward him by the NJ2AS in an e-mail to The Jackson Times on June 4. The chief had been contacted by The Jackson Times prior to the issue being reported, but his comments were received after deadline.

“The Ocean County Prosecutor’s Office and the New Jersey State Police have found the firearms procedures of the Jackson Police Department to be proper, following the charge by Mr. Roubian that an unlawful requirement for fingerprinting was specifically instituted by me,” Kunz said.

Kunz stated that Detective David Margentino, an investigator with the Ocean County Prosecutor’s Office, “consulted with the NJSP to draw the conclusion that Jackson PD, in the firearms investigations process and with regard to any fingerprinting request, was justified, legal and proper.

“As far as the complaint goes, I don’t believe it has been dropped, but rather, it was investigated and the Jackson Police Department was exonerated, as our actions were justified, legal and proper,” Kunz said in a June 10 e-mail.

According to the NJ2AS website, the organization is a civil rights advocacy group “that fights against unreasonable gun laws. It states that its members “believe in responsible ownership and use of firearms (the right to carry) as part of our rights as Americans under the Second Amendment of the Bill of Rights.”

“To be clear, the practices here were instituted in the 1980s, and the fingerprinting requirement in question, which is lawful, was discontinued by me in February when the NJSP FARS system went online, long before anyone here heard of, or heard from, Mr. Roubian,” Kunz said. The FARS system is a new, online system for obtaining firearms ID cards and permits to purchase handguns.

Roubian said during the May 28 council meeting that “we have members who get their permits in three to 12 days. The fact it is taking the Jackson Township Police three to six months to process applications is concerning. It is disrespectful to the constitution as this is a constitutional right.”

Council Vice President Barry Calogero said a meeting with Kunz and the department would be scheduled regarding this issue. That meeting was expected to occur by June 13 or June 14 according to Roubian.

Roubian responded to Billhimer seeking clarification to a voicemail message Billhimer left on May 30. The Prosecutor’s office confirmed with the NJSP that the activities of Kunz and the Jackson PD did not constitute criminal activity in reference to the department’s requirement.

“As of June 6, the NJ2AS had not received a response in writing to its complaint,” Roubian said. Roubian asked Billhimer if the Prosecutor’s Office had “misunderstood” his organization’s complaint.

“The term “need not” appears in the statute, the administrative code and in the guide book.“Need not” clearly indicates that being re-fingerprinted is not a requirement. The Jackson PD made this a requirement. This contradicts the “no additional requirements” provision,” Roubian said.

The matter is expected to be updated during the next Jackson Township Council meeting.