JACKSON – A month after skeletal remains were found in the woods, police have charged someone with murder.

He is charged in the murder of Cody MacPherson, 20, whose remains had been found in the woods in Jackson. MacPherson, who recently moved from Indiana to Browns Mills, had gone missing in September.

MacPherson’s body had been found on March 19 by a fire warden preparing the land for a controlled burn, police said. District Warden Richard Byrne spotted human remains under logs in the area between 433 and 483 on South Stump Tavern Road in the Colliers Mills Wildlife Management Area. When he approached the remains, he saw what appeared to be a skull and called police. He then called his supervisor to make sure that the controlled burn would stop to preserve any evidence.

Detective Shaun Clark, the State Police Homicide Unit, and the Major Crime Homicide Unit of the Ocean County Prosecutor’s Office responded. An initial investigation showed that the remains were most likely MacPherson, who had been reported missing out of Burlington County months earlier.

The next day, a forensic pathologist at Community Medical Center in Toms River ruled the cause of death to be a stab wound to the left abdomen. X-rays of the teeth were consistent with those of MacPherson.

Search warrants were served at 6 a.m. on April 21 in a location in Pemberton and Jackson. The investigators determined that in the early morning hours of Sept. 24, 2017, Alan McGinnis of Pemberton allegedly stabbed MacPherson several times at a home at 234 Pardee Blvd in Pemberton.

The suspect then allegedly put the victim in the trunk of a vehicle and brought him to the woods. He then cleaned the crime scene. McGinnis later returned to the woods to further destroy evidence. 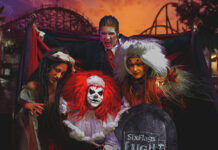 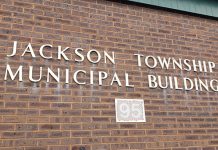 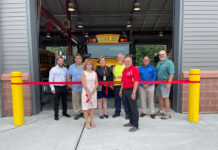