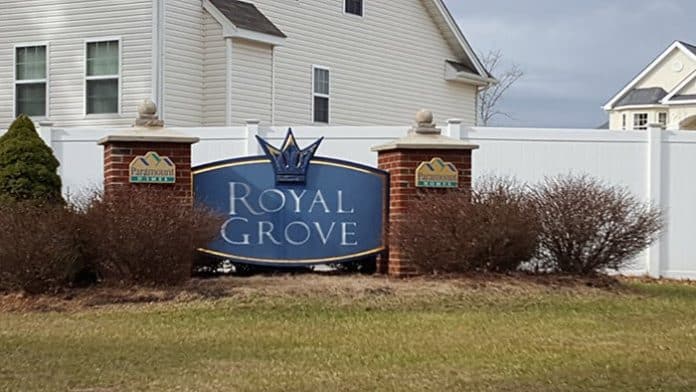 JACKSON – For many in the Orthodox Jewish community of the township, the recent approval of a building plan for the township’s first synagogue represents the growth of those of that faith in the community.

Members of the township planning board unanimously approved the plans for the synagogue during their Feb. 5 regular meeting.

According to the township’s legal notice, the plan includes the construction of a two-story house of worship with a finished basement, totalling 21,165 square feet. It consists of 3.75 acres located on the westerly side of East Veterans Highway south of Grand Boulevard.

The Shul, the word used for an Orthodox Jewish synagogue, will be built on 518 East Veterans Highway and is expected to open in 24 months.

The synagogue, Kolel Shas Yiden, which will be known as the Royal Grove Shul, is in walking distance of the Royal Grove housing development. Paramount Homes is building that development and also built the Whispering Grove and Whispering Meadows developments. An estimated 500 Orthodox Jewish families currently reside in Jackson.

All site improvements including a small house are to be removed according to the township’s legal notice. A house of worship is a conditional use and the application met all of its conditions.

The Shul’s design plan shows that it will have a room for social activities, a woman’s prayer sanctuary and two study rooms. The Shul will also have a basement that will be used for mikvahs, bath areas separated for men and women, that are used for purification rituals.

While the Shul can accommodate around 100 people during its busiest times it is expected that it will only see between 20 to 50 people on a given day.

Board members did discuss their concerns of traffic flow on East Veterans Highway which is a county road that has a 50 mph speed limit during the Feb. 5 meeting.

The synagogue’s attorney, Ray Shea, reportedly said that Kolel Shas Yiden will be seeking an easement that would allow it to construct a sidewalk that would give direct access to the shul to Royal Grove residents.

Those beyond the Orthodox Jewish segment of the community also weighed in on the news of the Shul’s approval.

“The unanimous approval of the Kolel Shash Yiden Shul is testament to the welcoming nature of Jackson’s citizens who know that diversity enriches our community. The Shul approval attests to religious liberty, diversity and tolerance in America, where houses of worship become the beating hearts of our neighborhoods. Congratulations to our fellow citizens as they enrich our community and build their Shul where God will be praised day and night,” said Rev. John P. Bambrick, of St. Aloysius Roman Catholic Church.

A non-Orthodox Jewish religious leader who asked not to be identified, commented that while the Shul’s approval reflects the growth of the Orthodox Jewish Community in Jackson, “it does not end the need for prayer groups in private homes. Jewish Law (Halacha) prohibits the use of cars on the Sabbath and Jewish holidays. This Shul will only benefit those within walking distance. All others will have to find alternative venues to hold services.”

Mayor Michael Reina said on Feb. 8 that “I am a firm believer in religion and prayer. Freedom of religion is our first amendment right and afforded to all of us under the constitution. I believe that the application was fully compliant and went through all the proper procedures as any application would regardless of its use.

“All of Jackson’s residents deserve a place to practice their faith and when doing so in their house of worship, be able to get there and back home safely,” the mayor added.

The approval comes on the heels of several lawsuits which have been filed in the last two years accusing township officials of  bias against the Orthodox Jewish population.

Jackson is also being investigated by the Department of Justice and the New Jersey Attorney General’s office to determine if it’s zoning is discriminatory with certain zoning regulations which prevented the building of Orthodox Jewish schools and dormitories. 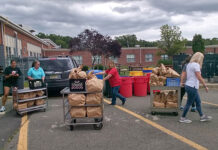