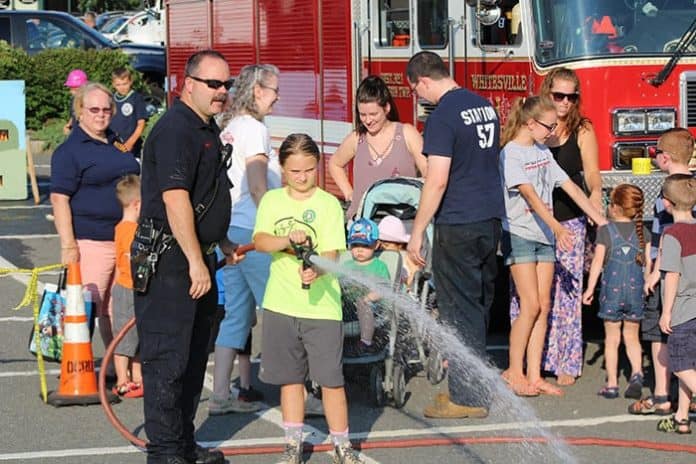 JACKSON – The township’s three fire districts have presented their annual operating budgets and candidates to serve on their respective district commissions for the Feb. 17 fire commission election. Election hours will run 2 to 9 p.m. The registration deadline is Feb. 15.

New Jersey statutes authorize municipalities to adopt an ordinance establishing a territory within the municipality as a fire district. A fire district is governed by a Board of Fire Commissioners who are elected by the legal voters within the district at an annual election on the third Saturday in February.

The Board submits an annual budget to the voters for approval at this same election. A fire tax is struck and collected by the municipality. The funds are remitted to the district four times during the year. Fire districts are governed by five members of the Board of Fire Commissioners who have, as in the case of municipalities, power, duty and function related to the prevention and extinguishment of fires and the regulation of fire hazards.

The Fire District is a combination Fire Department employing six career firefighters during the daytime hours 6 a.m. to 4 p.m. Monday to Friday.

District  No. 2’s proposed budget totals $1,942,630 which is up from 2017. “Our portion of the tax rate will go up from 8.3 cents to 9.4 cents. This is because we lost some ratables and tax abatements, fuel went up and we had some other normal increases,” Rauch said.

“Nothing has really changed from last year. These are all normal increases. We’ve trimmed to as lean as we could go,” Rauch added.

The district has two seats with three-year terms up for election. Incumbents Vincent Rubio and John Ryan are seeking re-election in the uncontested race.

Rauch said that “we aren’t looking to buy more stuff. We have six staff operating during regular daytime hours between two different fire stations. We also have a clerk/secretary.”

“Jackson has become more of a bedroom community with people who work out of town and who aren’t available to respond during those hours,” Rauch said.

Oliver Walling, the accountant for Fire District No. 3 prepared this year’s budget which has total revenues of $3,078,984 and includes an amount to be raised by taxation of $2,999,727.

This year’s proposed budget is decreasing by $197,794 according to the budget summary, which also stated that the board has been “keeping the fire tax rate level over the years and this has been accomplished through the utilization of general surplus. The surplus has dwindled to a low balance so the commissioners took a hard stance against spending in the proposed 2018 budget.”

Line items that increased or decreased by 10 percent or greater include grant awards which the board has none pending, administrative salaries increased by 14.4 percent because an in-house employee assumed the responsibilities of an outside bookkeeper and administrative fringe benefits decreased by 53.1 percent due to the district being successful in legal action against former employees. Operating salaries also decreased due to the retirement of a long term employee and fire equipment costs were reduced by $37,273 this year since the fire company did not need as much new and replacement equipment.

Fire District No. 3 Clerk Dawn Hode said that “we have two seats open this year and the candidates’ names are Rodolfo Brito, Vincent Nicosia Jr., Michael E Lynch and Todd J. Larsen.” The two seats are for three-year terms.

The polling location for Fire District No. 3 is 200 Kierych Memorial Drive.

Fire Commissioners of Fire District No. 4 contract with Jackson Mills Volunteer Fire Co. No 1 for fire suppression coverage around the clock.

Fire District No. 4 Accountant Cheryl Parker prepared this year’s budget which totals $1,757,897. She said the district will see a budget decrease of $338,244 representing 1.2 percent.

Parker said “last year we had a $500,000 capital improvement building project at a substation on Commodore Avenue which we don’t have this year.”