JACKSON – The township issued a condemnation of any hate and bias intimidation after anti-Semitic graffiti was found in a residential area.

According to police, the graffiti was on a home about 400 feet from the roadway on Valley Road, on a wooded, 10-acre property. It was an unoccupied home scheduled for demolition.

Swastikas and the word “Hitler” were spray painted on the outside of the home. Inside were more derogatory remarks against Jewish people and African Americans. All the windows were broken and the walls were damaged.

Police suspect that the damage was done between April 19 and April 30. While interviewing people in the neighborhood, a resident reported hearing noise in the area the previous evening but did not report it.

“The governing body condemns all bias, discrimination, and hateful acts against any individual, race, religion, creed, etc.,” read a statement from Mayor Michael Reina and Council President Rob Nixon on behalf of the rest of the council. “These heinous acts attempt to incite nothing but unnecessary unrest and unlawful behavior and will not be tolerated nor accepted by the good people of Jackson. Jackson Township stands firm against this unacceptable type of behavior and will prosecute to the fullest extent of the law.”

The Lakewood Scoop was the first to report the incident. 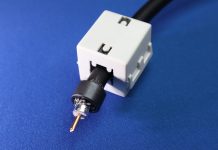