HOWELL – A $5,000 reward is being offered by Monmouth County Crime Stoppers for information regarding the human remains found in the woods of Howell Township.

Howell Township Police along with the Monmouth County Prosecutor’s Office spent the day at the scene until it was cleared about 2:40 p.m. It was at that time that they located some personal effects of the deceased.

According to Monmouth County Prosecutor’s Office Spokesman Chris Swendeman said “several items were discovered in the area including a Hybrid brand zip-up hooded sweatshirt, a memorial wrist band for Kyle Guidice, a watch, pants size 32/32 with a black belt and size 8 Nike sneakers.”

The bracelet memorialized Kyle Guidice, a high school student who died on Nov. 15, 2008 at Ocean Medical Center at the age of 16, according to his obituary which was posted on Facebook that originally ran in the Asbury Park Press.

In addition, a dental bridge in the four upper teeth of the deceased was found.

The remains were discovered Tuesday by work crews surveying the area around the bridge at Ramtown-Greenville Road.

An autopsy took place Wednesday afternoon. So far, authorities haven’t released the gender of the remains. It is also unclear as to how long the remains had been there for.

Anyone with information regarding the identity can contact Monmouth County Prosecutor’s Office Detective Andrea Tozzi at 800-533-7443 or Howell Township Police Department Detective Corporal Nancy Carroll at 732-938-4111.

If you want to remain anonymous but you have information that can help authorities, contact Monmouth County Crime Stoppers confidential telephone tip-line by calling 1-800-671-4400; can text “MONMOUTH” plus their tip to 274637; or, they can email a tip via the website at www.monmouthcountycrimestoppers.com. 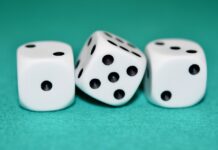