“It happened, really, because of the hot, humid summer that we’ve had,” said Superintendent George Chidiac. “There’s a lot of moisture in the air…and this isn’t the only school district that’s been affected [by mold].”

Students were relocated to the Intermediate School for the time being, until the issue is resolved. The school decided to hold a meeting for parents to ensure that all their needs were being met, and that the students are safe while school is in session.

Chidiac began by providing parents with a timeline to demonstrate how the district has handled the mold situation thus far.

August 13: Mold was discovered on the ceilings in two pods, or approximately 28 classrooms, of the school. Officials believed the mold to be coming through the HVAC system.

Following the discovery, administration reached out to Coastal Environmental for mold testing. Morinelli and Ledden noted that the mold was observed visibly, on the ceiling and on certain classroom items.

Experts also inserted air scrubbing machines into the affected areas. Items including clipboards, some books, and cloth chairs were tossed. Ledden explained that most hard surfaces, such as the desks, are not greatly affected by mold.

The affected areas were then tested for a second time. Results again showed unsatisfactory results, according to Chidiac, with mold still affecting 6-10 classrooms.

September 4: Coastal Environmental completed a third round of cleaning and air scrubbing in the affected areas.

“Part of the [mold] remediation process is they come in, they clean all the surfaces and then they install these huge air scrubbing machines…and it runs continuously for 72 hours [or longer],” said Morinelli.

Morinelli and Ledden emphasized that the cleaning process is twofold in that, the initial cleaning process releases spores into the air that were on furniture, books, etc. Then the air scrubber runs continuously in order to purify the air of the mold.

September 5: Coastal Environment tested the air again; Chidiac noted that these most recent results will not be available for a day or two.

If the results come back with satisfactory levels, students will be restored to their classrooms at McKinley by Monday, Chidiac stated, allowing time for the teachers to set up their classrooms.

“When you test, you test the outdoor…and that’s what you compare it [indoor] to,” said Morinelli. “Both pods were affected to some degree, it was very varied.”

Ledden gave the example that if there is 20,000 counts of a certain spore outdoors, then 1,000 counts indoors is considered very good, even 10,000 counts. While the number may seem high, it is measured against the outside as standard because it is impossible to seal the building off from the outside world.

The mold found inside the McKinley school is known as Penicillium Aspergillus, a common variety, according to Ledden. It is measured per cubic meter of air.

Despite these spaces not presenting themselves as visible problem areas, Chidiac and the Coastal Environment returned to McKinley following the meeting for more complete testing of all the areas to ease parents’ concerns.

Parents can rest assured that every room and every building will eventually be tested for safe measure.

All the ceiling tiles in the affected two sections of the school have since been replaced, according to Coastal Environmental, and the school will replace the discarded items that were also affected.

The most significant change the school plans to make, to prevent this from occurring again, is to install high humidity override sensors in each classroom as well as a global unit on the roof, said Chidiac. These will keep tabs on the humidity levels inside the school to ensure that they do not rise too high, where mold can thrive.

Chidiac noted that the idea is to install them in each room, in each building in the district. As to pricing, officials do not have an answer just yet. They are hoping to do the work in-house. 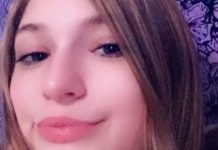 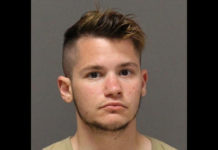