BRICK – Township police are investigating an accident which took the life of a 76-year-old resident after he was struck by a car while attempting to cross a road on foot.

An initial investigation at the scene showed that James Sommers was crossing the street when he was struck by a Honda CRV driven by 66-year-old Donna Kutzner of Brick.

Police said that Sommers was unconscious, unresponsive and was not breathing. Officers began life saving measures which were continued by Brick Police Emergency Medical Services and Paramedics from Hackensack Hospital.

He was transported to Ocean Medical Center where he passed away from serious internal injuries.

Kutzner was not injured in the accident.

Traffic was detoured for several hours while the scene was processed.

The Brick Township Police Traffic Safety Unit responded to the scene along with the Ocean County Sheriffs Criminal Investigation Unit.

Anyone who may have witnessed the accident or has information related to the crash should contact Ptl. J. Farnkopf #173 at 732-262-1140. 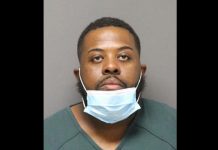 Drug Arrest Made After Two-Month Probe