BRICK – The township has hired four new police officers who took their oaths of office during a recent council meeting, bringing the number of police officers up to a total of 140.

Two have experience and will start their field training with the Brick Police Department, and two have no experience as police officers and would undergo six months of intensive physical training and classroom instruction at the Ocean County Police Academy.

The new hires are Frank Giambona (Badge #290) and John Stephenson (Badge #291), who would begin their field training immediately. Scott Mesmer (Badge #292) and Stephen Bailey (Badge #293), who would be attending the academy.

“We said we were going to hire a number of officers over the next couple of years. We had to take a look at the budget to see how many we could budget for this year, and the number came out to be four,” he said.

Ducey said that as the police department evolves, and requests come in from Chief James Riccio for additional manpower, more police officers could be added in coming years.

Council Vice President Lisa Crate said that the Brick Police Chief had been asked to go to Washington D.C. the following day to speak to members of the Office of National Drug Control Policy about the township’s Blue HART (Heroin Addiction Recovery and Treatment) Program, which allows opioid abusers to come to the police department to ask for help without fear of prosecution.

The program has helped nearly 400 addicts, who voluntarily come to the police station on Thursdays to ask for help with their addiction. They are immediately screened for participation in the program and transported to a designated addiction provider.

Crate said that she had recently attended a PBA dinner and noticed that police officers from other municipalities were approaching Riccio to ask about the success of the Blue HART program.

“So whatever your opinion is of the expansion of the police department or how you feel about it, know the success of that program alone, and how we’ve expanded into the Neighborhood Watch program, and getting into Maple Leaf and beginning to turn that around. I know that we’re making the right choices up here,” she said. (Maple Leaf is a 359-unit condominium complex known for a high crime rate). 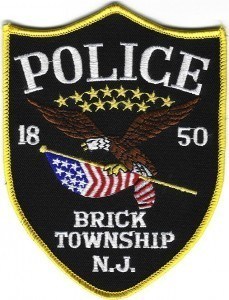 During the council meeting, Riccio presented the 2018 budget for the Department of Public Safety, which is responsible for several areas, including police services, the management of police dispatch, special police, emergency medical services, emergency management, crossing guards, and a number of community-oriented programs.

“The rest of the budget is very tight, it only went up $3,350,” he said. “We have no control over negotiated contractual salary increases.”

The next council meeting will be on March 27 at 7 p.m.