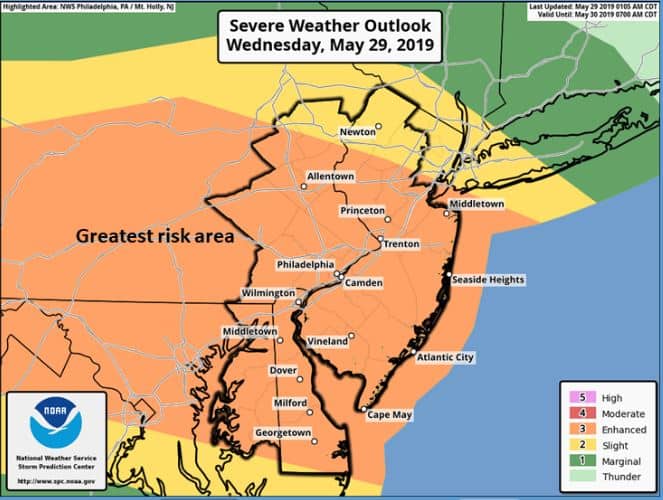 OCEAN COUNTY – Much of Ocean County is under a severe thunderstorm warning Wednesday evening.

The warning, which includes Toms River, Lakewood, Jackson and Howell in the Jersey Shore Online readership area is in effect through 6:45 p.m. according to the National Weather Service Philadelphia/Mount Holly.

Scattered flooding is also possible. A flash flood warning is in effect through 10 p.m.

In addition, a tornado watch for the same area remains in effect until 8 p.m. A watch means conditions exist for tornadoes to form.

Earlier today, meteorologists reported a possible tornado touched down near Lambertville in Hunterdon County. A tornado warning was issued for Mercer and Monmouth counties–Trenton and Upper Freehold–later Wednesday early evening.

An EF1 tornado was confirmed in Sussex County yesterday, according to the National Weather Service.

Man Sentenced To 8 Years, Dropped Cocaine In Front Of Police