TRENTON – The number is up to 120 as the Attorney General charges four more individuals with Superstorm Sandy fraud.

These four filed fraudulent applications for federal relief funds after Superstorm Sandy. All 120 individuals charged since March 2014 are responsible for diverting over $8 million in Sandy relief funds,  according the Attorney General’s office.

“Any fraud against public assistance programs is deplorable, but these thefts were especially egregious because they diverted funds intended for victims left homeless by one of the most devastating storms in New Jersey history,” said Attorney General Grewal. “We have recovered over $2.2 million through these prosecutions and we also have sent a strong message that should deter this type of fraud during future disaster relief efforts.”

In many of these cases, the individuals charged have filed fraudulent applications for Federal Emergency Management Agency (FEMA) relief funds, the Sandy relief program funded by HUD, low-interest disaster loans from the SBA, or funds from HHS.

The following were charged on August 22 by complaint-summons:

“Through this historic anti-fraud program, we have held over 100 defendants accountable for allegedly lying about vacation homes and other secondary properties in order to steal relief funds intended for victims whose primary homes were damaged,” said Director Veronica Allende of the Division of Criminal Justice. “We also have charged a number of renters who falsely claimed they were displaced by the storm or lost personal property.  This collaborative state and federal initiative will undoubtedly serve as a model for other jurisdictions that face these issues in future disaster relief efforts.” 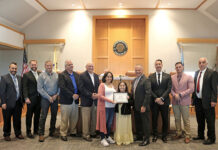