TOMS RIVER – In the latest chapter of the saga to purchase Joey Harrison’s Surf Club, state legislators are now lobbying Trenton to put up some more money.

The Surf Club was destroyed by Superstorm Sandy and has remained closed ever since. Locals want it to be purchased and turned into a recreational area. There’s a plan to eventually put up a boardwalk and gazebo there. Between the existing parking lot, and more that would be added, there could be 100 spots. The property, located at 1900 Ocean Avenue in Ortley Beach, is one of the few ocean-front tracts of land on the market. A developer had been circling it in the past.

The town has made an offer to the owner, but the owner thinks it’s worth more. This has led to an impasse where the offer is still on the table, and the counteroffer is much higher, but the town doesn’t want to be strung along to put up more money for this.

As one councilman said, the town “won’t be held hostage” by the property owner.

According to the 10th District legislators, original appraisals of the nightclub came in at $6.3 million but the seller’s attorney had a new appraisal and is seeking $8.3 million. Therefore, the legislators (Senator Jim Holzapfel and Assemblymen Greg McGuckin and Dave Wolfe) are requesting another $1.3 million from the Blue Acres Program.

“The structure was completely demolished in Superstorm Sandy and now the State has the unique opportunity to purchase this property and utilize the open space for the public,” Senator Holzapfel said. “As an original sponsor of this landmark legislation, it is programs such as this that not only benefit the community but preserve the beauty of our coastline.”

The Blue Acres program purchases land that is prone to flood damage.

“Any help we can get, we would appreciate,” Mayor Thomas Kelaher said.

The township would rather use money for recreation rather than purchasing, he said. 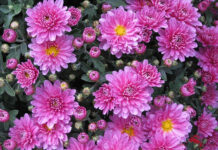