TOMS RIVER – The state released emergency aid to beleaguered districts, however Toms River schools said it will not be enough to prevent major cuts.

A new funding formula tied to enrollment hit Toms River Regional Schools hard, since the district has lost students. The district requested emergency aid to get them through without heavy cuts. They announced on Monday that what they did get is not enough.

According to the New Jersey Department of Education’s emergency aid final determination letter, the district will receive $854,634. They had requested $4,473,821, which district officials said was the minimum amount needed to get through this year unscathed.

The district sent out a press release that said “This is ‘shut up money.’ But we will not shut up.”

The district has been vocal opposing the new funding formula, holding rallies and having residents, students, educators, police and government officials speak out against it.

The next rally is Tuesday, Dec. 10 at the governor’s office, 225 W. State Street in Trenton. Vehicles will be leaving from High School North at 9 a.m.

At stake, according to district officials, is full-day kindergarten, staff, and all sports and after-school activities.

Officials have questioned the funding formula itself, which has not been made public.

“It’s worth noting that, despite the underwhelming response by Commissioner Lamont Repollet and the NJDOE, the department makes no financial decision without the blessing of Governor Phil Murphy and the recommendation of Chief Financial Officer and Assistant Commissioner for the Division of Finance Kevin Dehmer – who supervises the application of the state’s school funding formula to determine state aid for school districts, the calculation of district tuition rates, and the funding of charter schools,” the district said. “It’s similarly worth noting, with regard to our application’s accuracy, legitimacy, and thoroughness that, prior to its submission, it was reviewed by and received the blessing of the NJDOE’s own Ocean County Executive Business Administrator.”

Other districts did not get any emergency aid, but Toms River is not seeing this as a total win. The district is receiving $5.2 million less in aid for the next school year than it has in the past. 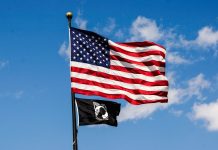