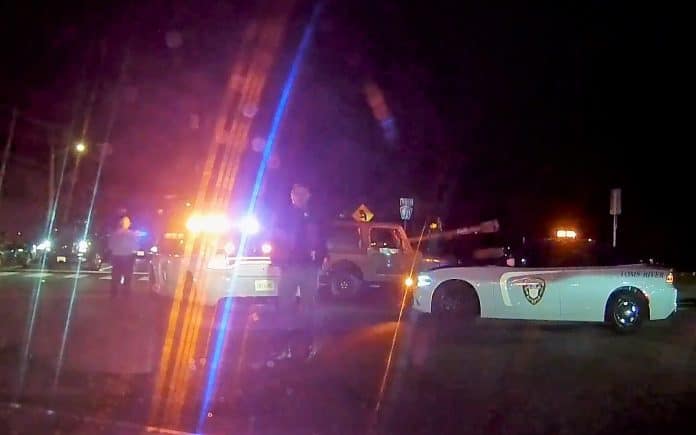 Toms River Police confirmed the crash happened on Wednesday, January 2 at around 5 p.m. Multiple units were sent to the intersection of Bey Lea Road and North Bay Avenue.

According to the police, Joshi was attempting to turn left onto North Bay Avenue when he didn’t have the right of way. The crash sent Frankel’s car into a traffic light pole which subsequently crashed on top of her vehicle.

Frankel suffered a compound fracture to her ankle and was transported to Jersey Shore Medical Center in Neptune.

Joshi sustained a laceration to his head and was transported to Community Medical center for treatment. He was then issued summonses for Driving While Intoxicated, Reckless Driving and Failing to Yield the Right of Way at an Intersection.

Joshi was also charged with Assault by Auto for his intoxication being a contributing factor to the crash leading to the serious injury to another driver.