TOMS RIVER – Ever wonder what’s going on in that grey-blue building between the 7-11 and Dunkin Donuts on Hooper Avenue? It’s home to the Silverton Community Club, an over 30-year-old establishment with a favored pastime – dancing.

Although the six-month-old sign out front advertises “ballroom dancing,” member Lou Gura understands that can sometimes scare people away.

“People are a little reluctant when they see ballroom dancing. It makes it look like it’s Dancing With The Stars, and it’s not that at all,” he said.

Ballroom dancing can be anything from a fox trot, waltz, rumba, cha-cha, salsa, merengue or swing, among other dances. On a Thursday night in late July, the 17-piece band Brass Tax made a semi-circle in the corner of the dance floor, playing those typical ballroom dance tunes – a waltz, polka and a merengue – and also spiced things up a little with songs like Bob Seger’s “Old Time Rock And Roll” and Santana’s “Smooth.”

The band is there one night a month on a Thursday to rehearse, although it sounds far from practice. Gura, who is from Barnegat Light, said the club has about 50 members right now, although more if you count guests, from local places like Toms River and Manchester, all the way down to Manahawkin.

There’s a dance every Friday night, and on one Saturday of the month there is a social dance that has food, brought in by a rotating schedule of members. A recent addition to the lineup is country line dancing on most Thursday nights. It was partly added to attract more of a single crowd, as its dance moves don’t call for a partner. However, if someone single comes to any of the other dances, there’s always a handful of single people around they can easily pair up with.

Bernadette Norman of Lakewood heard about the club through a friend and started coming to dances a year and a half ago. While she started out with the country line dancing on Thursday nights, dancing instructors Joe and Sandy Florio convinced her to broaden her horizons and come out to the Saturday socials to get a feel for some ballroom dances. She said a lot of the basic steps she learned in line dancing translated over to ballroom dancing.

It’s a far cry from having no dance experience, and also never being expected to walk. Norman was born prematurely and had a leg injury at birth, which made doctors fear she might never walk. She said she never tried to dance because she thought it would be too hard. Fortunately, Joe and Sandy have been accommodating to that and are able to give her different moves and ways around her injury so she can still do the dances.

“They’re very good teachers – they’re very patient and they go over things again and again,” she said. “It’s more like a workshop because we might learn something this week, then next week we’ll go over it again, then we’ll learn two more dances, then we’ll go over them again, and then after a month or so we’ll go back to the new dances we had done a couple months before and review them.”

Rhythm is one thing, but it’s also about consistency. Norman said that in the beginning, when she first started going to the club and had no idea what she was doing, Joe said to her, “Keep coming, keep practicing, and in about six months it’s all going to click in your head.” And it did.

Cost for most dances is $8 for non-members and $6 for members. Once someone has come to the club four times, they can become a member. Yearly dues, which have not changed in quite some time, are $10 a year.

Other community groups are welcome to use the facility, but they have to be somewhat “selective,” as to preserve their main asset, their dancing floor. Without it, they wouldn’t be much of a dancing club. 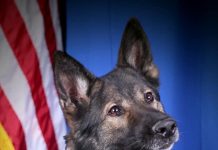