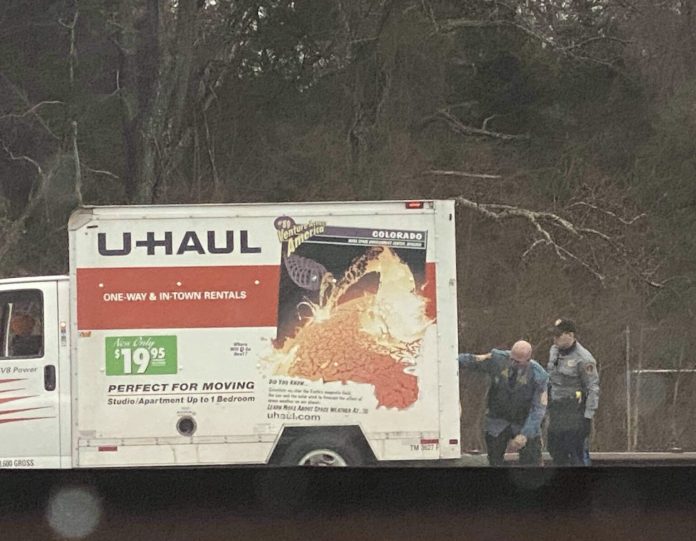 TOMS RIVER – There was lots of hullabaloo and speculation on social media Sunday after a U-Haul truck was pulled over on the Garden State Parkway following a 911 distress call. The incident is now under investigation by the New Jersey State Police.

Ocean County Scanner News was first to report the incident shortly after noon.

Trooper Alejandro Goez confirmed in an email to Jersey Shore Online that after they received the call, troopers stopped the truck at mile marker 84.9 and four adults and two juveniles were inside the back.

Although social media was full of theories as to why the truck was stopped and why the distress call was made, Trooper Goez said a kidnapping has been ruled out, but the incident remains under probe.

As of Sunday night, no charges had been filed but Trooper Goez didn’t rule out the possibility of that changing.

Jersey Shore Online will bring you updates as soon as the police release more details.