LITTLE EGG HARBOR – After police pulled her over for erratic driving, a Little Egg Harbor Woman was arrested for suspicion of DUI.

On April 2, officers from the Mullica Township Police Department performed a motor vehicle stop after observing stopped an erratic driver on Weekstown Road in the Sweetwater section of the township.

The driver, Danielle Simpkins of Little Egg Harbor, was asked to perform field sobriety tests. According to police, she failed the tests and subsequently was arrested for suspicion of driving under the influence.

Police said that her children, ages 4 and 5, were seated in the back of the vehicle. Simpkins was additionally charged with endangering the welfare of children. 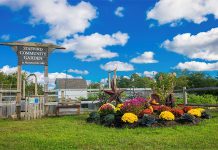