On November 10 at 11:15 a.m, Officer Jason Lee responded to a call from Walmart about a theft. After arriving at the scene, it was determined that Kristopher Coltenback, 43, had attempted to leave the store with unpaid merchandise.

Coltenback was charged with shoplifting and transported to the Ocean County Correctional Facility in accordance with bail reform.

Later that day at 4:48 p.m. Officer Jason Lee responded to another suspected shoplifter this time at the Home Depot. After talking to the Loss Prevention team in the store, they found that the suspect, William Merkl, 36, had hid items in an attempt to exit the store without payment.

While arresting Merkl, officers found he possessed narcotics and a hypodermic syringe. Merkl was lodged in the Ocean County Correctional Facility in compliance with bail reform. 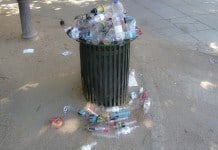 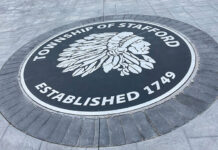 Plans For Gun Range Near Neighborhood Shot Down