BRICK – As a result of the destruction by Superstorm Sandy eight years ago, the township saw a loss of $424 million in ratables, which is property that provides tax income for local governments.

In January 2012, nine months before the October storm, the total ratables base in Brick was assessed at $10.6 billion. In January 2013, the ratables had dropped to about $10.2 billion.

Property damage was one of the big factors that drove that number down, but so was tax appeal settlements, said township tax assessor Mike Kingsbury.

The return of ratables is mostly attributed to rebuilding – oftentimes much larger – homes.

“A lot of the houses that were demolished were little tiny bungalows, and now you can drive around town and the majority of new construction are large houses,” he said.

“And don’t forget, most of these were on the water, so usually you match the value of the house with the value of the land, so you’re not going to put an 800-square-foot bungalow on a lagoon lot or a bayfront lot,” he said. “You’re going to build three story houses like everyone’s doing.”

Also, in the aftermath of Sandy, the tax assessor’s office made adjustments on barrier island land, and those adjustments are also returning, he said.

Additionally, tax appeal numbers are way down, and the reduction in assessments are down because the market is improving so strongly, he added, which is helping to limit the reduction in ratables.

Kingsbury was asked if the ratables base in Brick will be higher than it was before Sandy since so many of the cottages are being replaced with homes that have a higher tax assessment.

“I don’t know, because if the market tanks, the tax appeals are going to ramp up again, so there’s always an unknown,” he said

“The residential real estate market is pretty hot right now,” he said. “Who would have thought that in a pandemic? So I can’t ever get a read on it, nor do I even try to, because you never know what could happen, it’s impossible to gauge,” although, he added, supply and demand and low mortgage rates usually drive the market up.

Has the coronavirus affected the local real estate market and the ratables base since so many people are out of work?

According to township tax collector Joanne Lambusta, the public health crisis has not affected the amount of taxes collected in the township.

“In fact, the Tax Collectors Association did a little summary about it, and it did not,” she said in a recent phone interview.

For the most recent quarter of taxes collected, those who are unemployed were still getting the $600 a week stipend, but Lambusta said she does not yet know how this quarter will play out.

“So far through the year, our tax collection has not taken a hit, at all,” she said. “The first three quarters were fine. The fourth quarter is what is due right now, and so far, collections are still coming in.”

Most of the accounts are escrow mortgages, but even if people are delinquent in their escrow mortgage payments, the mortgage companies are still paying taxes, she added.

“Our collections have remained steady. It’s been over 98 percent for years. We have been doing very, very well here,” Lambusta said. “But again, most of our town is escrowed so the mortgage companies pay the taxes.”

Lambusta agreed with Kingsbury: the township took a big hit in ratables after Sandy, but they’re coming back.

According to the township’s 2020 User-Friendly Municipal Budget, the total estimated amount to be raised by taxes is about $246.5 million. The municipal portion is some $106 million, with most of the remainder funding school and county taxes. 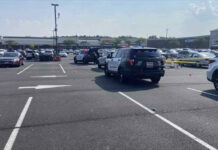