OCEAN COUNTY – The frantic search for a 23-year-old Lacey Township man ends in tragedy as his body is found.

According to the victim’s aunt, Louise Mary O’Brien, Stewart Vaughan apparently passed away on the same day he went missing which was Wednesday, June 20th. His body was discovered in Newark.

O’Brien took to social media to make the devastating announcement. She posted “it’s with a very heavy heart we learned tonight that it is clarified that our nephew Stewart was found deceased. On behalf of our whole family we want to thank everyone for their concern and for sharing our posts. Our hearts are broken there are no words. Sleep tight with the Angel’s Stewart may you R.I.P.”

It is unclear as to what happened to Vaughan who had vanished from the Washington Street area of Toms River after being dropped off at the Ocean County Library.

Vaughn had suffered from depression and addiction and just completed 10 clean months in a rehabilitation facility, according to O’Brien.

A post on the Ocean County Scanner News Facebook was first to report that his body was discovered in Newark.

Jersey Shore Online spoke to his aunt Louise Mary O’Brien who confirmed Newark as the location. She said “it’s just sad. We were hoping he would come home or call, not end up in a morgue in Newark.”

O’Brien adds “he was trying to get into a special rehab up there so we don’t know if that’s why he went.”

O’Brien also confirmed to us that the police told them there was no foul play suspected and she feels he likely passed due to an overdose, although they are still awaiting the results of toxicology and a coroner’s report. 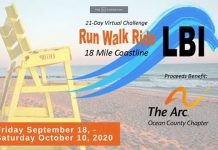 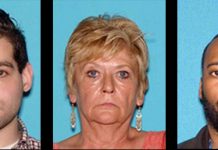