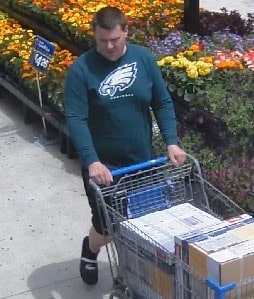 LITTLE EGG HARBOR – A Galloway man faces a future court date after allegedly stealing two air conditioning units from WalMart. He was identified thanks to a social media post.

Police posted images on their Facebook page and a tip led to police finding him at his residence. The post was humorous with police saying “it appears the man forgot to pay for the air conditioners.”

Defeo was issued a summons for shoplifting and for receiving stolen property.

Multiple Crashes On Route 9 In Ocean County, One Injured