LACEY TOWNSHIP – It was a season of slogans among the members of the Lacey Township High School girls bowling team.

And it was a season that saw the Lions emerge as one of the best clubs in New Jersey as they won the NJSIAA Group II state championship for the first time in school history.

“Our biggest motto was FAMILY, which we all came up with,” Lacey coach Jack Mahar said. “A slogan the girls came up with was ANTS if they thought they were going to narrowly miss a spare or got a strike that barely went down. One that I came up with was if the girls got the first two strikes in the 10th frame I would always say, ‘One more for yourself.’ ”

The Lions rallied to win the title.

They were down by 21 pins after shooting an 844 in the first game. In the second game, they fired a 993 to go ahead by 60-plus pins over the remainder of the field. They rolled a 970 in the third game, a game they had to fare well in as Colts Neck shot a 978 to keep the pressure on.

The Lions finished with a 2,807 series – the second-highest series out of the 24 teams that competed in the Tournament of Champions.

“The reason we won the Group II title is that the girls did what they did all year,” Mahar said. “They were consistent. They picked each other up and found the extra gear when they had to.”

Earlier this season, Lacey won the NJSIAA South Jersey Group II crown for the second straight season. This year’s team rolled a 2,713 series. Last year was the first season the program was able to hang a championship banner in the Lacey gym, Mahar noted.

“What made it even more special is the girls went back to back,” Mahar said. “The team had a lot of confidence going in and knew it had an excellent chance of winning. As far as our scores went, the entire team bowled well. We didn’t shoot any giant numbers like we have done previously, but the girls were all consistent and picked each other up like they always did.”

Claudia Schreier was a comeback story. She returned to the team in the beginning of January after tearing an anterior cruciate ligament in a knee during the field hockey season last fall.

“When she returned to the lineup, you could tell the girls were all excited to have her back, knowing they were all together once again. The confidence factor alone, to go with the fact they got along so well, and they were all bowling well, were the main reasons we won South Jersey Group II.

“When she returned, the team had the whole gang back together again and you could see the dynamic change. The more we bowled in our league and the tournaments, the more the team’s confidence rose. The biggest and best compliment about this team was that when someone was having an off day the others would always pick that person up. You could just tell this was going to be their year.

“All five of my varsity bowlers were essential to the team’s success,” Mahar said. “The girls got along so well on and off the alleys and were like family.”

There were no team captains.

“We just had five great young ladies who all led by example,” Mahar said. “Besides being pretty good darn bowlers, the biggest strength of this team was its chemistry.”

Competing at Ocean Lanes in Lakewood, Lacey (40-5) won the Shore Conference Class B South title for the first time in school history. It was seventh at the Mustang Kickoff Classic. It was second at the Roll with the Indians Tournament in which Liz Schreier won high game honors and rolled the second-highest series among individuals.

“Bowling in the other tournaments and having much success in all of them just gave the team more confidence that it could win South Jersey Group II for the second straight time,” Mahar said. “This team has basically been together for three seasons. Three years ago, they began to gel by the end of the year and started bowling much better. I knew they were capable of doing great things.”

Mahar said the team was a pleasure to coach.

“To be perfectly honest, our team was one of the most well-liked teams everywhere we went,” he said. “Its outgoing, bubbly and having a good time personality was always evident. Even though we were always competing against other teams, the girls were always there to give their opponents a high five after each frame. Since the seniors were freshmen, they were always motivated to get better. They bowled out of season to hopefully get to the point of where we are today.

“What has made the last four years enjoyable as a coach is that I have been blessed with the most amazing young ladies a coach could ever dream of. The girls were funny, coachable and good to each other. I can go on and on about them. They have become a part of my life that I will remember always.” 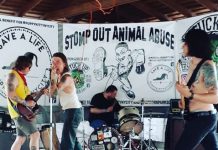