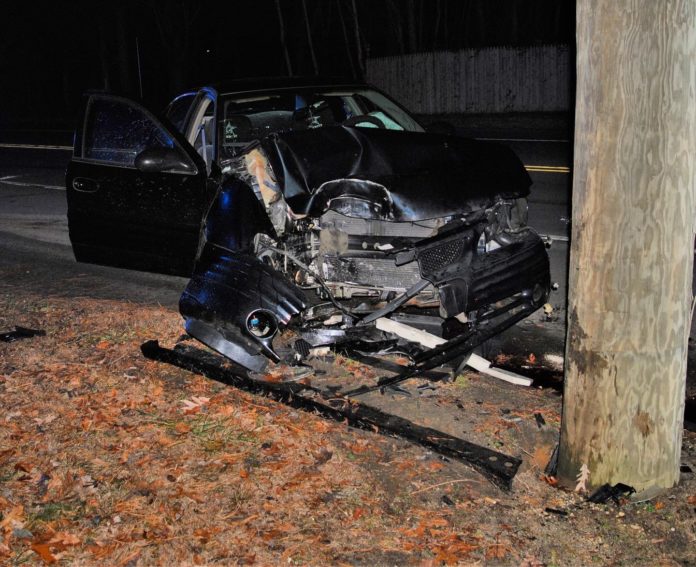 STAFFORD – An accident involving a car and a utility pole sends a teen to the hospital with serious injuries.

17-year-old Matthew Cox of Little Egg Harbor was heading south on Route 9 when his Pontiac Grand Am left the roadway, striking the pole.

Authorities said Cox had a 13-year-old passenger in the car who sustained a head and leg injury. The teen was transported to Jersey Shore University Medical Center’s Trauma Center by Life Flight for treatment.

Police did not release the condition of Cox.