BARNEGAT – On Jan.1, Susan McCabe resigned after five years with the Township Committee, taking on the new position of Labor Attorney/Human Resources Director for Barnegat Township.

McCabe submitted a Request for Proposal (RFP) application for this position and conflict township attorney prior to her resignation, according to a township press release.

Previously, Barnegat Township tried to bundle the township’s legal positions together into one position but this proved problematic as 2017 faced “numerous legal matters…that the designated attorney at the time was legally conflicted from addressing,” according to the release. This troublesome situation ended up costing the township an extra $43,700 on top of the $250,000 that is allocated for legal expenses in the township, according to the release.

Now, the township has decided to revert back to having multiple legal positions making up a “legal team,” which now costs the township $10,000 less than the $250,000 allotment, informed the press release. These legal positions include a Township Attorney, a position being taken on by Assemblyman Sean T. Kean (R), and a Labor Attorney/Human Resources Director, which is McCabe’s new title. The release noted that the two individuals will also work as Conflict Attorneys for each other at no additional cost, saving the township more money.

McCabe was chosen for this new position after her bid was reviewed and the township deemed her, “a life-time resident that is highly qualified, fully-versed, and incredibly knowledgeable about the township,” as stated in the release.

Now that McCabe is an appointed official, her contract states she will earn $90,000 a year for the combined duties of Labor Attorney, Human Resources and Conflict Township Attorney, said Township Clerk Michele Rivers.

McCabe plans to address labor contracts and improve the handling of personnel issues as she takes on her new position with the township.

Her position on the committee will be filled eventually, according to Rivers. She noted that it is not yet known who will be filling McCabe’s seat; a choice for McCabe’s replacement must be made within 45 days of her resignation. 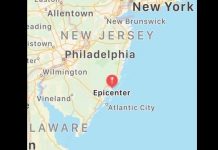