Although LaGuardia is leaving Barnegat, she is not going very far. She will become successor to Dan Smith, business administrator for the Stafford Township School District. The Stafford Board of Education approved LaGuardia’s addition at a special Sept. 11 meeting.

Stafford Superintendent George Chidiac noted that this was a valuable addition to the district, stating that LaGuardia “is somebody with a lot of experience.”

Even better, LaGuardia is a resident of Stafford Township, which means that she is and has been aware of district happenings.

“She understands what’s going on in Stafford and what our needs are as a district,” said Chidiac.

LaGuardia’s resignation in Barnegat is not effective for another two months; she will be starting with the Stafford District as of Dec. 11.

Stafford officials noted that LaGuardia’s extensive experience as a business administrator will make her an asset to the community. She had previously worked in similar capacity for Central Regional and Ocean Gate school districts.

Holding LaGuardia’s place in Stafford is interim business administrator John Parades. Parades was present at the Sept. 19 board meeting to discuss the recent mold issues in all five schools with local parents. Parades’ position extends from Sept. 5 through Nov. 2. Depending on whether Parades can extend his stay, the board might soon be looking for a second interim hire until LaGuardia’s start date.

LaGuardia’s resignation was made official on Sept. 25 and the job posting for a new business administrator for the Barnegat schools closed on Sept. 28, according to Barnegat Superintendent Dr. Brian Latwis.

“At that point we will schedule interviews and go from there,” he said. 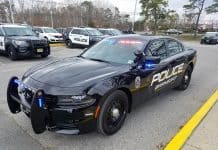 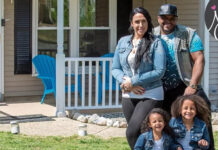