FORKED RIVER – An official notice released by Exelon Generation stated that as of September 25, 2018 all fuel has been officially removed from the reactor.

“All fuel has been permanently removed from the OCNGS [Oyster Creek Nuclear Generating Station] reactor vessel and placed in the Spent Fuel Pool (SFP). Spent fuel is currently being stored in the SFP and the Independent Spent Fuel Storage Installation (ISFSI),” stated the notice.

Oyster Creek has officially shut down and is no longer authorized to operate the reactor or store fuel in the reactor. 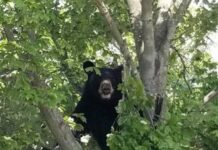