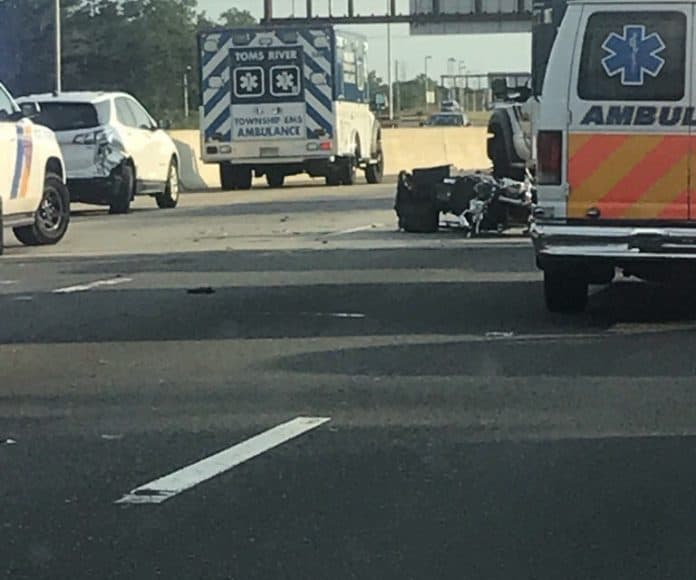 TOMS RIVER – One man remains hospitalized in serious condition after an accident involving a motorcycle and an SUV on the Garden State Parkway during the height of rush hour.

Ocean County Scanner News was the first to report the incident.

The unidentified man was riding his 2006 Suzuki Motorcycle in the southbound side of the Parkway when he collided with the rear of a 2019 Chevrolet Equinox.

Marchan said “as a result of the collision, the motorcycle overturned and ejected the driver. He suffered serious injuries.”

The victim was airlifted to a trauma center.

The Parkway was closed for several hours while the investigation took place but later reopened.

Marchan added no further information was available at press time.