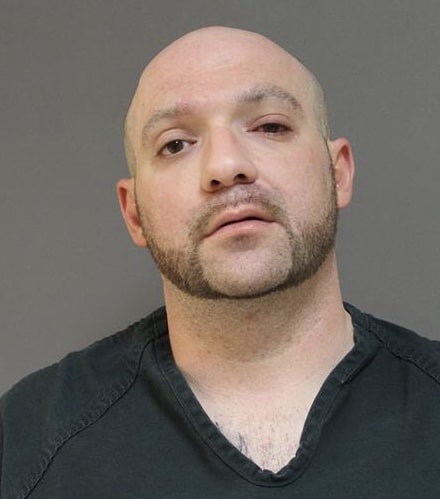 OCEAN COUNTY – An Ocean County nurse is facing numerous drug and weapons charges after being caught in possession of Adderal, Xanax, and other items, announced law enforcement officials.

Anthony A. Calabrese, of Jackson, was charged with possession of Adderal, Xanax, and codeine syrup, and possession with intent to distribute to an undercover DEA agent.

Between July and August 2019, the DEA Camden Residence Office Tactical Diversion Squad (CRO TDS) and the Jackson Police launched an investigation into the drug distribution activities of Calabrese.

On several occasions, a DEA undercover agent met with Calabrese and received quantities of Adderall, Promethazine with Codeine Syrup, and Xanax. The state then authorized search warrant for Calabrese’s residence and vehicle.

The search of Calabrese’s residence at 105 Joan Court in Jackson yielded the seizure of pills and powder (suspected Adderal), prescription washing materials, assorted pill bottles, U.S. currency, a vehicle, and 30 firearms to include shotguns, rifles, handguns, and a Thompson machine gun.

Calabrese was taken into custody without incident and charged with the following:

“It is very disheartening that Mr. Calabrese, a person who swore to help people, chose to contribute to the drug problems that plague New Jersey by trafficking in prescription drugs.  It is also very concerning the number of weapons to which he had access.  Drug trafficking and guns can only lead to a negative outcome,” said Special Agent in Charge of the Drug Enforcement Administration’s New Jersey Division, Susan A. Gibson.

This investigation is being prosecuted by the Ocean County Prosecutor’s Office.

Firefighters Respond To Call For Someone Trapped In Home