TOMS RIVER – While the federal government issues one rule on how to deal with undocumented residents, the state has issued another. The county is looking to sue the state in federal court to enable them to continue following federal guidelines.

However, the state says they don’t need to stop doing anything they are already doing.

At a recent meeting of the Ocean County Freeholders, they authorized the county attorney to move forward on a federal suit against the state, assistant county administrator Michael Fiure said. There is no timeline yet on the lawsuit, as the attorney still needs to prepare the complaint.

Currently, when an inmate is brought into the Ocean County Jail, they are interviewed about their country of origin and where they are born, Fiure said. If there are any red flags, Immigration and Customs Enforcement (ICE) is notified. It is then up to the discretion of ICE whether they want to interview the suspect about their residency status.

The State Attorney General issued a Directive at the end of last year that law enforcement agencies must not ask about residency status unless it is relevant to the crime being investigated.

The reason for this Directive is that, in order for police to do their jobs properly, they have to be trusted by the public. An undocumented immigrant who witnessed a crime or is the victim of a crime is less likely to report it to police if they fear deportation, according to the Attorney General’s office.

“This fear makes it more difficult for officers to solve crimes and bring suspects to justice, putting all New Jerseyans at risk,” Attorney General Gurbir Grewal wrote in the directive. “To be clear, nothing in this new Directive limits New Jersey law enforcement agencies or officers from enforcing state law – and nothing in this Directive should be read to imply that

New Jersey provides “sanctuary” to those who commit crimes in this state. Any person who violates New Jersey’s criminal laws can and will be held accountable for their actions, no matter their immigration status. Similarly, nothing in this Directive restricts New Jersey law enforcement agencies or officers from complying with the requirements of Federal law or valid court orders, including judicially-issued arrest warrants for individuals, regardless of immigration status.”

Basically, the directive states that local law enforcement shouldn’t be asking about residency or helping ICE just for the purposes of immigration enforcement. They must work with ICE, however, for violent or sexual crimes such as:

The directive also states that law enforcement can no longer keep an office for ICE, and the county is complying with that, Fiure said. The ICE officer has worked remotely in the past, so there is really little difference.

The county will continue to operate as they have been until the lawsuit comes to fruition, he said. They will still question suspects about their nation of origin and report suspicions to ICE.

The State Attorney General’s office, when reached for comment by this newspaper, stated that there is nothing in the directive that says the county cannot continue working with ICE in the way that it has been.

“Nothing in the Directive restricts officers from complying with the requirements of federal law, including 8 U.S.C. § 1373,” read a statement from Peter Aseltine, spokesman for the Attorney General’s office. 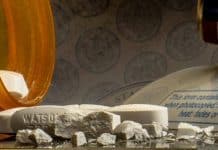 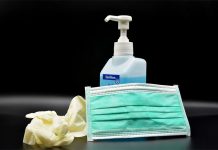 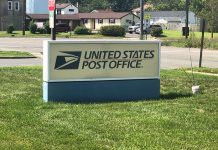