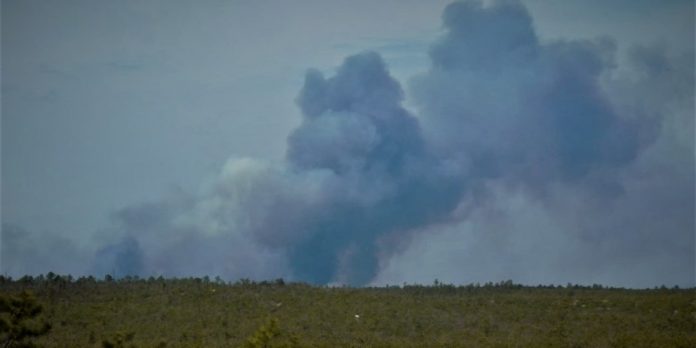 OCEAN COUNTY – A massive blaze is burning in the Penn State Forest of Burlington County and smoke can be seen as far north as Monmouth County.

According to the Ocean County Sheriff’s Department, Route 72 has been shut down at Route 539 as a precaution.

Hundreds of firefighters and crews are on the scene along with the New Jersey Forest Fire Service.

According to fire officials, the flames and smoke appear to be moving north and thousand of acres could be at risk. In addition to several local fire crews from various departments, officials are trying to monitor the blaze from the air via helicopter.

So far, no injuries have been reported.