NEWARK – A joint investigation seized approximately 3,200 lbs. of cocaine at the Port of New York/Newark on Feb. 28, according to the US Customs and Border Protections (CBP).

Authorities discovered a shipping container housing 60 packages of a “white powdery substance” that tested positive for cocaine, according to CBP. The 3,200 lbs. of cocaine found has a street value over $77 million, making it the second largest cocaine seizure at the Port of New York/Newark, and the largest in nearly 25 years.

“This is a significant seizure, in fact it is the largest cocaine seizure at the Port of New York/Newark since May 1994” said Troy Miller, Director, New York Field Operations. “The ongoing partnership between CBP, USCG, HSI, DEA, NYPD, and NYSP continues to produce results that protect the American public. This interception prevents a massive quantity of drugs from getting to the streets and in the hands of our children.”

CBP officers turned the drugs over to agents from Homeland Security Investigations for further investigation.

“Cocaine, New York’s nemesis of the 90’s, is back-indicating traffickers push to build an emerging customer base of users mixing cocaine with fentanyl,” said DEA Special Agent in Charge Ray Donovan. “This record breaking seizure draws attention to this new threat and shows law enforcement’s collaborative efforts in seizing illicit drugs before it gets to the streets and into users’ hands.”

“Successes such as this seizure are a testament to the importance of our partnerships and our ability to work together to keep our ports and our communities safe,” said Capt. Jason Tama, Captain of the Port of New York and New Jersey, and commander Sector New York.

NYSP Acting Superintendent Keith M. Corlett lauded the involved organizations for their hard work at keeping cocaine off the streets. “Not only did this interception save lives, but it also put an end to the violence often associated with drugs and drug trafficking. This is a crime we will not tolerate, and one we will continue to fight with our partners in law enforcement,” he stated. 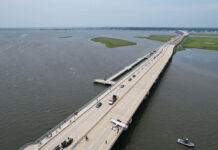 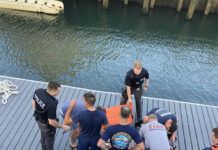